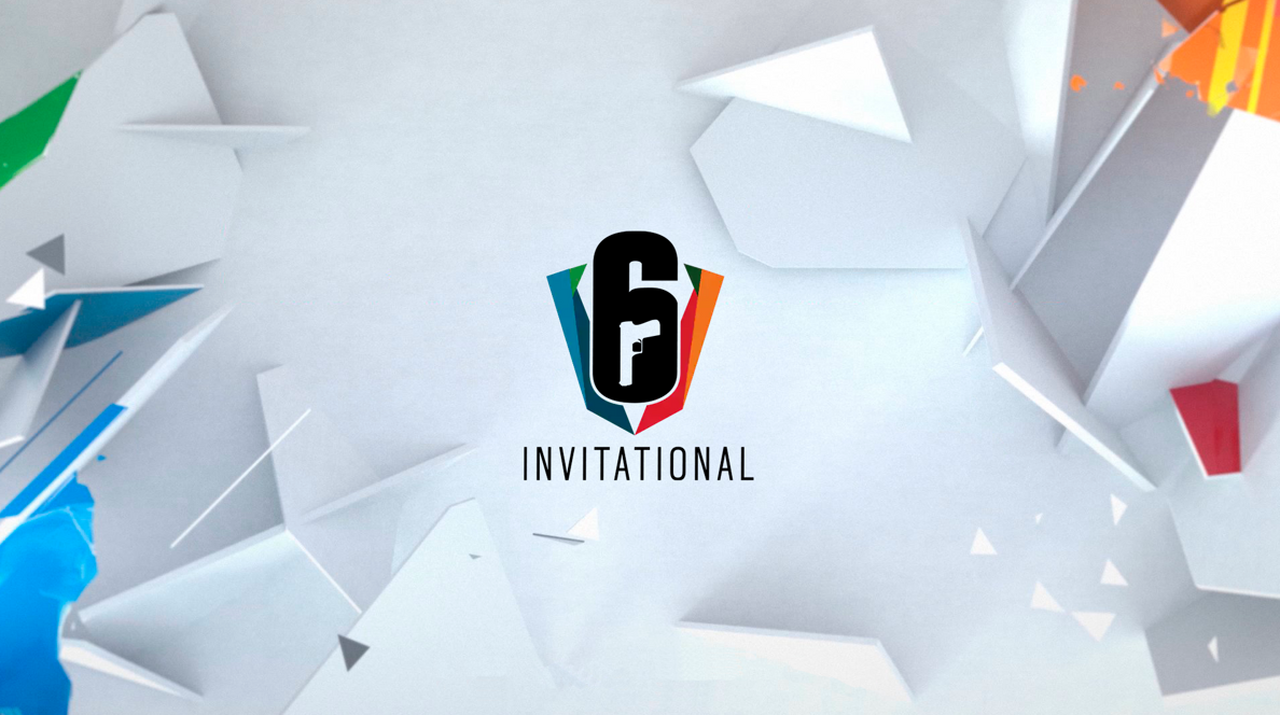 What's on your mind?

I have done a LOT of work on my SAFEHOUSE map. Just one issue I have found with the program I have chosen... I cannot make a structure with 4 levels. I was planning on having a rooftop access section, kind of like how KANAL has a stairwell that opens up onto the rooftop for the Defenders to harass Attackers on the structure.... but I think I can make a work around for this.

It is a C.I.A. Safehouse / Panic Room with the multi-faceted front of being an Internet Cafe, Coffee Shoppe, Bookstore, Train Ticket Call Center, Art Gallery, and a Bar / Nightclub.

The "Gimmick" of the map is that the C.I.A. Panic Room, Ops Center, and Arsenal Rooms are locked down and inaccessible.

This means that the map is going to be somewhat of a "donut" shape, wherein neither Attackers nor Defenders can enter the centermost rooms.

This map is still a Work-In-Progress but it is coming along smoothly.

Starting from Left-To-Right on the Top Floor : 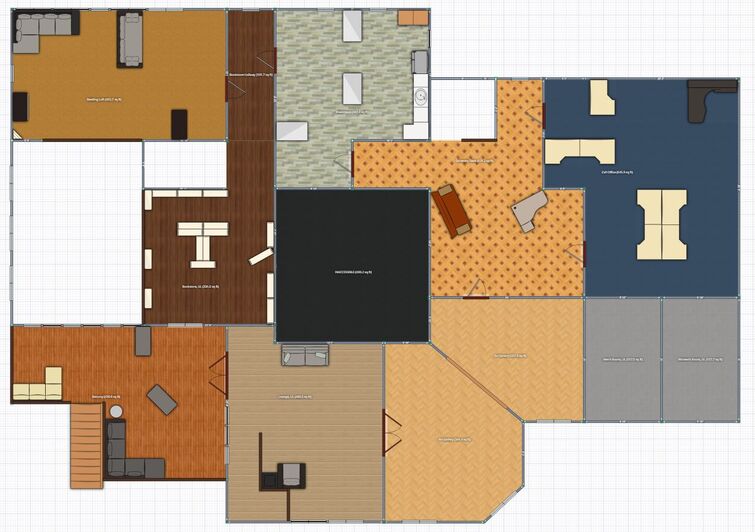 Next is the Mid-Level. Which from Left-to-Right / Top-to-Bottom is as follows : 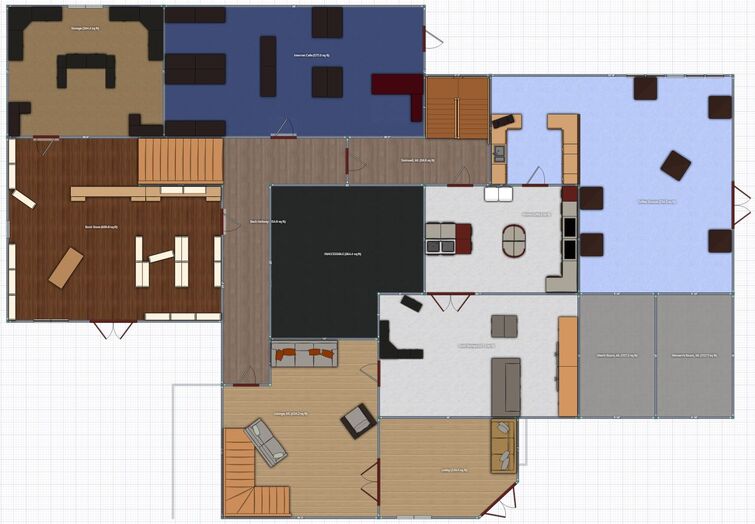 And finally, we have the Basement, or Lower Level. It is comprised of : 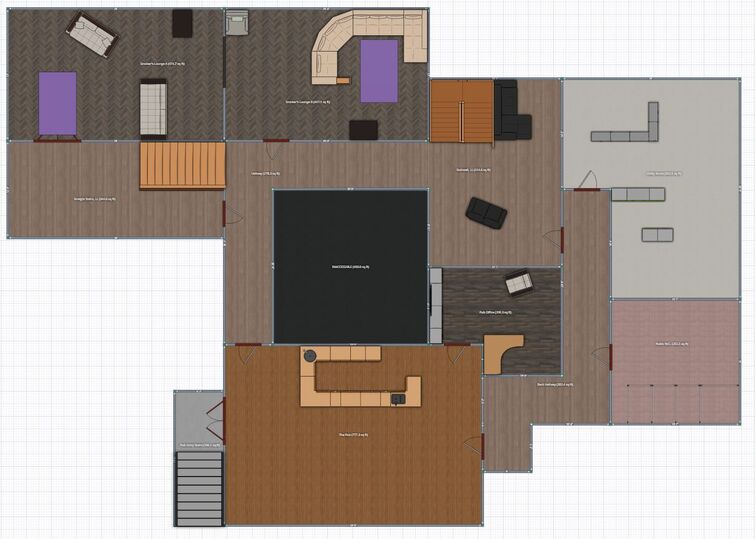 I am still furnishing the areas and working on window points. Then I am going to decide objective placements, hatch placements, drone-hole gaps, and camera emplacements.

As for the Attacker Spawns?

Today, Siege PC servers were simultaneously crippled by what seemed to be a "ghost player"/bot. This bot was designed to function like a player who was too low of a level to be put in a que for certain playlists (Terrorist Hunt/Training Grounds excluded). I understand any frustration, however you were not the only ones to experience such issues.

While we're on the topic:

Xbox also experience issues as well (if any of you are Xbox players). I believe they had infrastructure issues which hindered gameplay.

Ubisoft has already solved the issue for both Xbox and PC, meaning you should be able to play now. Now that the problem has been resolved, have fun!

Sorry for the inconveniences! 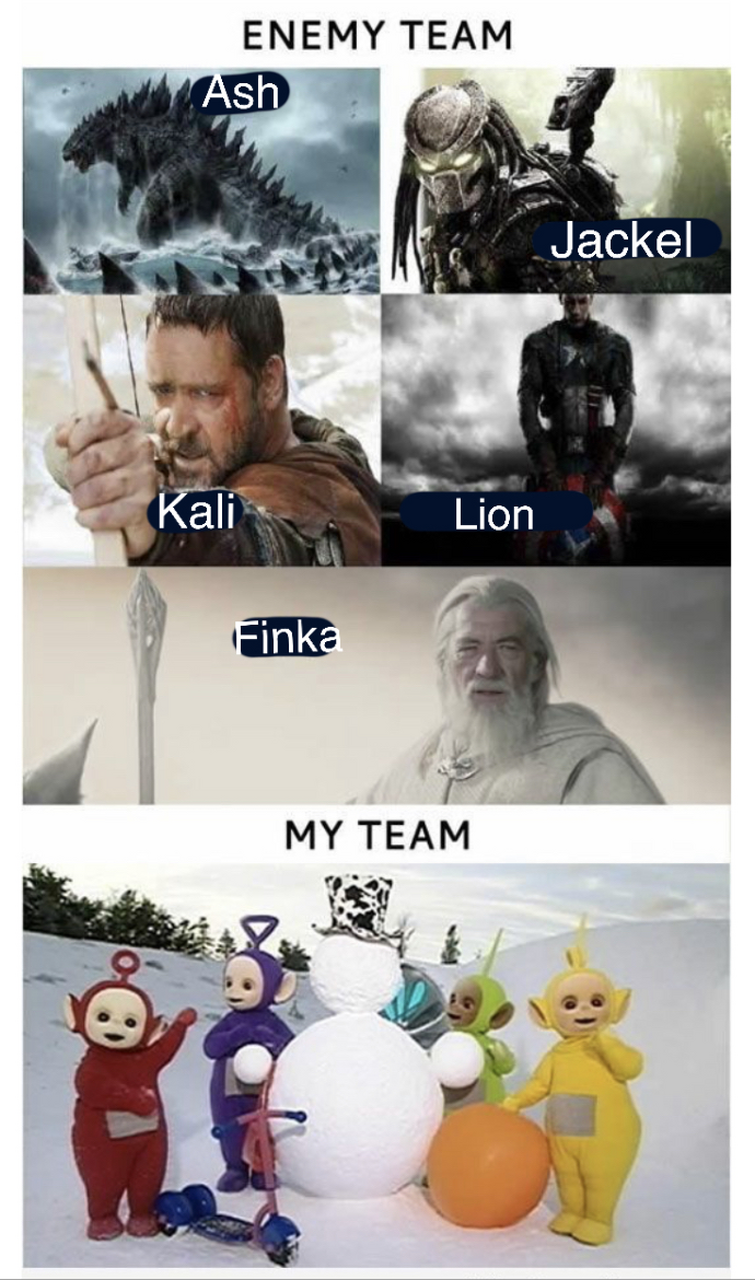 So im level 62, but both ranked and unraked are locked telling me i need clearance level 50 and 10

How can i fix this?

I kept playing but now my stomach feels weird, should I see someone about it?

What do these four Operators have in common?

The answer is a mostly-recycled arsenal. Their guns are almost entirely made up of recycled weapons. However, they do have at least 1 gun that is unique to them. LION has the V.308, FINKA has the Spear .308 (which was unique to her until THUNDERBIRD came around), KALI has her CSRX .300, and ZERO has the SC-30K.

OPERATION // PHANTOM SIGHT saw the start of the trend where all Operators will have recycled weapons, and almost exclusively recycled weapons. But what if they had each Operator given a unique gun to that Operator so that players have an option that is entirely new to the requisitions of Team Rainbow? NØKK, for example, was going to have a new gun... but it was over-powered and thus she didn't get it. But what if she instead got another gun that was unique to her at launch?

The following list is what I propose each Operator would receive as an addition to their arsenal, being either a third Primary option or a second Secondary option -

Does anyone have any operator ideas? This is just for fun. Lemme know what you guys come up with!

So i got the pack for it and its an amazing skin i honestly like it more than black ice what are your guys thoughts on it?

Weren't we getting a free esports pack with this season?

Did anyone else notice that fact with the Q.C.R. device that OSA remarked as "coming with a wrist-mount"?

Sounds to me like someone will be joining the Attacking Team in using said wrist-mounted gadget to become possibly a mixture of ECHO and ORYX on Attacking. My guess? Soft-Breacher with the ability to "force-push" enemies in range, causing disorientation.

Ubisoft is REALLY pushing the High-Tech NightHaven PMC into Siege (despite fans wanting more characters from an actual CTU).

Skell Tech in GR Breakpoint is a high-tech company that has bought entire islands in order to attempt a utopia state.

The newest trailer showing off OSA and her inventions shows off a QCR device that uses a sonic pulse to shoot down aerial drones....

I wonder if we might get another Rainbow Six crossover into Ghost Recon, but this time focusing heavily on the 5 NightHaven Operators?