The AKS-74U is a carbine assault rifle manufactured by Kalashnikov Concern (formerly Izhmash) that chambers the 5.45x39mm round. It is a shortened version of the AKS-74, itself a folding stock variant of the AK-74 assault rifle. The GRAU Index identifies the weapon as the 6P26.

The AKS-74U is categorized as an assault rifle in the Rainbow Six universe.

The AK74SU is a cut weapon from Tom Clancy's Rainbow Six: Lockdown.

In the PC version of the game, the AK74SU is only present within the game files.

The AKS-74U is a weapon featured in Tom Clancy's Rainbow Six: Vegas 2. 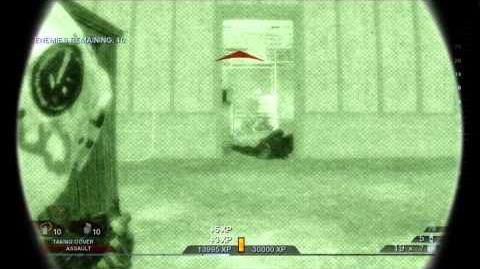