Edit
watch 02:59
Metroid Dread - The Loop
Do you like this video?
Play Sound
For the assault rifle version, see AUG.

The AUG Para is a weapon featured in Tom Clancy's Rainbow Six: Vegas 2. 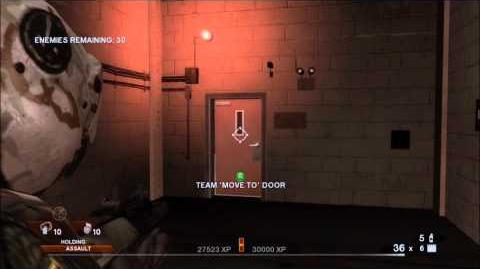 "Assault rifle converted to a 9mm submachine gun. Possesses excellent range for an SMG and comes with a 32-round magazine."
— In-game description

The AUG A3 is a submachine gun featured in Tom Clancy's Rainbow Six Siege, introduced in the Operation Wind Bastion expansion. It is available for use by Kaid.