watch 02:43
The Loop (Games)
Do you like this video?
For similar pages, see Airport (Disambig).

Airport is the fifteenth mission in Tom Clancy's Rainbow Six 3 (Console). The multiplayer version of the level is Airport 1 and Airport 2.

John Clark - Crespo's been located, and according to intel, he's got a last reservoir of VX with him. It's in solution for transport, but that just means it's not immediately dangerous. The facts of the matter are that Crespo and the VX both need to be dealt with. At this point, it doesn't look like arresting him is an option. He's going to be trying to escape in a small aircraft from a private field outside Caracas. Domingo, I'm sending just you in. Don't let him - or that nerve gas - get away.

John Clark - It's over. Be proud, be damned proud. You did good work - better than anyone will ever know. Remember that and hold your head high. The world owes you one.

Chavez searching for Crespo in the Airport 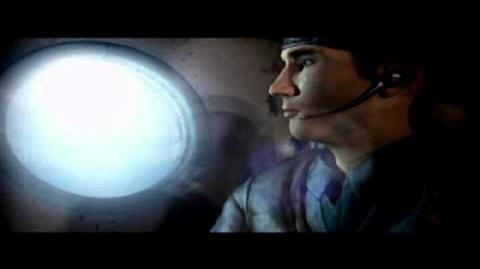 Tom Clancy's Rainbow Six 3 Airport
Add a photo to this gallery
Retrieved from "https://rainbowsix.fandom.com/wiki/Airport_(Mission)?oldid=78571"
Community content is available under CC-BY-SA unless otherwise noted.