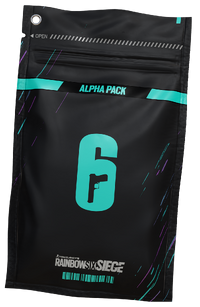 Alpha Packs are obtained through Renown or by a lottery spin that occurs after winning a match. In order to obtain a pack, the spin must land on the percentage bar. If it does not land on the bar, 2% will be added the players percentage bar. This is further increased to 3% while playing Ranked. If a player loses a match, a spin will not occur. Despite that, 1.5% will be added to the percentage bar or 2% in Ranked. Unranked yields similar percentages to Ranked. Leaving a match before it is over will not award any percentages.

The chances of winning the Alpha Pack are predetermined once a match is won, despite what the wheel at the end might suggest. Even if waited, a player will already be given a chance to obtain the pack. Quitting before reaching the wheel on the end of a match will have no impact on a player's chances at winning an Alpha Pack. 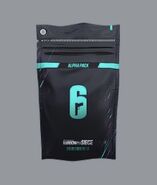 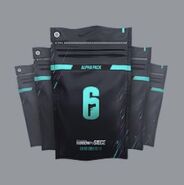 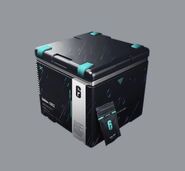 Duplicate items are occasionally awarded in Alpha Packs. If a duplicate is received, it will automatically be converted into Renown

based on the type and rarity of the item.

Exclusive Alpha Packs are available for limited times to coincide with ongoing events. These are awarded through the completion of certain challenges, participating in promotions and events or may be purchased with Renown or R6 Credits. 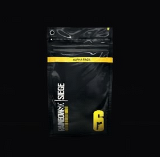