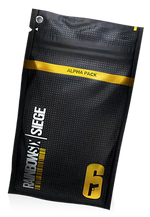 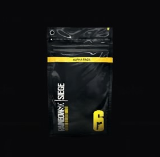 Exclusive Alpha Packs are available for limited times to coincide with ongoing events. These are awarded through the completion of certain challenges, participating in promotions and events or may be purchased with Renown or R6 Credits. 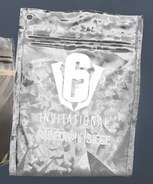 Holiday 2019 Pack
Add a photo to this gallery

Retrieved from "https://rainbowsix.fandom.com/wiki/Alpha_Packs?oldid=69748"
Community content is available under CC-BY-SA unless otherwise noted.