Start a Wiki
watch 02:17
The Loop (Games)
Do you like this video?
For the mission Raven Shield, see Alpine Village (Raven Shield).

John Clark - Let's get right down to business. We have a hostage situation in Switzerland. It seems that an unknown group of terrorists have attacked the G8 economic meeting early this morning, and things have escalated to a level where the Swiss government is is formally requesting our help. The terrorists took members of the Venezuelan delegation hostage in the village near the conference and are demanding that Venezuela stop selling oil to the US in exchange for their release. Obviously, both the Venezuelan and American governments are a little upset over this, especially since the terrorists took the Venezuelans hostage and let the other delegates go.

The reports the local police have given us indicate that the terrorists are neither well organized, nor armed. The one thing they do have in their favor is numbers. You're going to be facing roughly three to one odds when you go in, but I expect your training and skill to make difference here. Take them out quickly - it's the only chance the hostages have.

John Clark - Both the Venezuelan and American governments are extremely pleased with your performance. They've also got a lot of questions over who was behind this operation. It's no secret that ever since OPEC slapped that oil embargo in place, tensions between the US/Venezuelan alliance and the rest of the OPEC nations have been running a little high. Intel is speculating that someone with ties to another OPEC nation might be behind this, but as of now we've got no hard evidence one way or the other. 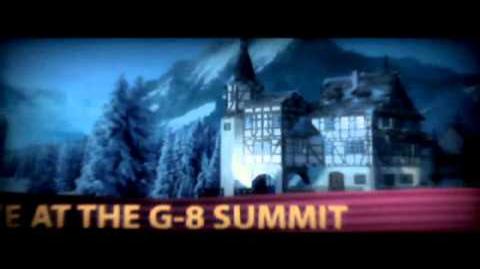