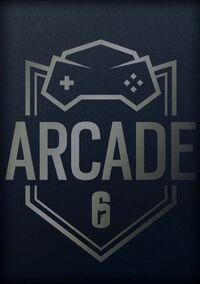 Arcade is a new playlist in Tom Clancy's Rainbow Six Siege that was introduced in the Operation Void Edge expansion. The playlist offers limited-time gamemodes that modify elements of existing modes and is on a smaller scale compared to seasonal gamemodes such as Doktor's Curse.

Retrieved from "https://rainbowsix.fandom.com/wiki/Arcade?oldid=83056"
Community content is available under CC-BY-SA unless otherwise noted.