Edit
watch 02:58
No Man's Sky Update - The Loop
Do you like this video?
Play Sound
For similarly named pages, see University (Disambig).

"Team Rainbow has been called to assist local law enforcement and regain control of Bartlett University in Cambridge, Massachusetts. This map offers an asymmetric layout with breathing room between hot zones. Navigate the facilities' barricades and blast through the brick walls that have protected the leaders of tomorrow."
— Ubisoft Description[1]

The map was only available in Situations. It was later reworked and added to the Quick Match map rotation during Operation Red Crow. The reworked version of the map is currently only available in the Custom Game and training grounds/terrorist hunt playlists.

Following a bioterrorist attack by the White Masks on the University, Six has sent in Team Rainbow to eliminate the threat and disarm a pair of bombs planted somewhere in the building complex.

Unlike all other situations, Article 5 groups the player with four others in a gamemode similar to Disarm Bomb in Terrorist Hunt. Due to the bioterrorist attack, the entire map is covered in a dense cloud of toxic yellow smoke, forcing all Operators to wear MOPP Gear for the Operation. Bombers also wield the 6P41 in Article 5.

This situation is only playable on Normal, and cannot be played without matchmaking. It is possible to join an Article 5 match by Terrorist Hunt regardless of the difficulty requested or whether other preceding situations are done.

The redesigned map removes all the gas and PvE elements from the original design and introduces better destruction, improved visual layout for better orientation, and a new two-layer destruction. 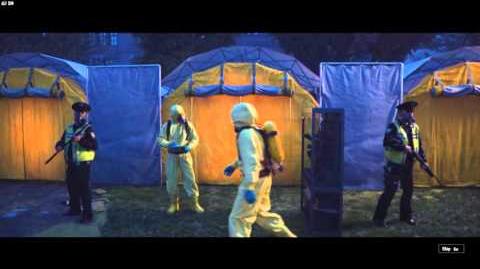