"Somewhere in Middle East, team Rainbow has been called in to assist local law enforcement regain control of the border. A mix of old and new construction and open air pathways, this is one of the most destructible and open maps in the game."
— Ubisoft Description

The changes made in the Border rework are small, comparable to the map buff to Clubhouse in Operation Para Bellum. It has been reworked to improve gameplay and quality of life for the players.

1F Bathroom has been extended to cover the exterior walls of 1F Tellers to act as a connecting wall between the two sites. The layout of 1F Supply Room has been moved, and the number of soft walls leading from 1F Passport Check to 1F Customs Inspection has been decreased from four walls to two.

2F Armory Lockers gets a layout similar to Border's inclusion in the Road to Six Invitational 2021 Stadium, and the floor covering the two external walls has been made solid. 2F Archives has been extended into 2F Offices, and the 2F East Entrance has been made extended to cover the external walls in 2F Offices are now inside. A balcony connects 2F Break Room and 2F East Stairs above the 1F Waiting Room. 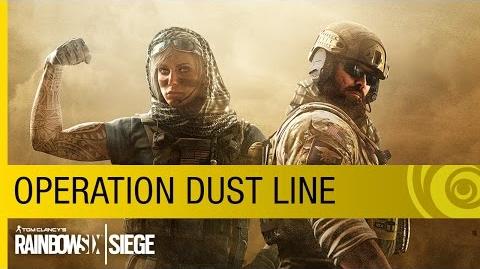