Breachers are organisms produced by the Chimera Parasite as an extreme response to the presence of threats within its environment. During the initial infestation stage of the Chimera Parasite, hosts are infected and mutated into Breacher. On Earth, Breachers were initially produced through the infection of humans during the 2018 outbreak in Truth or Consequences, New Mexico.

Once infected, the host loses their sanity as they grow spikes out of their bodies, particularly in their backs. These spikes are adorned with highly volatile sacks. As a result of this mutation, infected individuals demonstrate largely quadrupedal movement though they are still capable of standing on both legs. When alerted to threats, human Breachers will charge. Once the threat is in range, a chemical reaction will occur, causing a human Breacher's pouches to detonate.

The Parasite later adapted to start assimilating organic matter into itself rather than infecting hosts. Through Sprawl, it started producing Archæan Breachers in lieu of human Breachers. Like a human Breacher, an Archæan Breacher is predominantly quadrupedal but features a more alien appearance. When alerted to threats, an Archæan Breacher will howl to alert nearby Archaeans before charging. Once in proximity of the threat, a chemical reaction will occur, resulting in a concussive blast within an area.

Further mutations of the Archæan Breacher have resulted in the creation of Bloaters and Smokers which can be distinguished from their different color dorsal humps and the effects of their detonations. 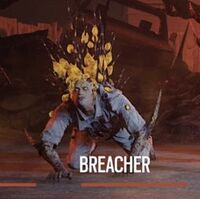 This section features Codex Entries about the Bloater and Smoker. 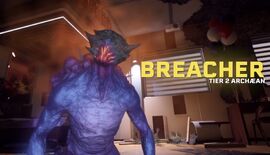 Breachers, as well as their variants Bloaters and Smokers, are Tier 1 enemies that appear in Tom Clancy's Rainbow Six Extraction. All variants feature virtually identical behaviors to one another. Like other enemies, they will patrol areas and will emit notable hissing sounds similar to an armed bomb. If alerted, they will howl to alert nearby enemies and will start charging at players. Once in front of a player, they will stop and scream before detonating the hump on their back.

It is recommended to kill all Breacher variants before they reach the player. One shot to their backs is enough to cause a them to detonate. Should they be killed by another means, their bodies will remain on the ground and their dorsal hump will remain active. If they get too close to a player, the REACT Blade can be used to push them back and prevent them from detonating. This will give players a few seconds to get away and kill them from a safe distance.

As with most Archæans, a Takedown can be performed on all Breacher variants if they are unalerted or stunned. It should be noted that shooting them from a distance will not alert enemies if they detonate. It will, however, cause nearby enemies to investigate the disturbance. The REACT Laser should not be used around Breacher variants as it will cause them to detonate after direct contact.

Breacher variants can be identified by the following characteristics: 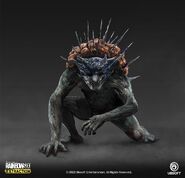 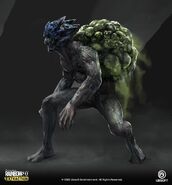 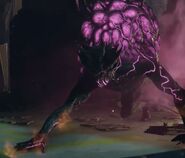