When his time in the Army was completed he joined the Royal Canadian Mounted Police and eventually became a part of the Emergency Response Team. After excelling in his ERT role he was invited by the Canadian military to re-up and become a member of JTF2.[4]

Highly pragmatic, Côté will always take the shortest distance between two points. He is not one to mince words or become hyperbolic. He enjoys simple mechanical devices rather than the more high-tech arsenal employed by other members of Team Rainbow.[5]

An early image of Buck and Frost alongisde Blackbeard and Valkyrie.
Add a photo to this gallery 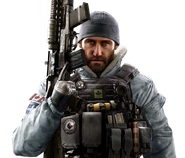 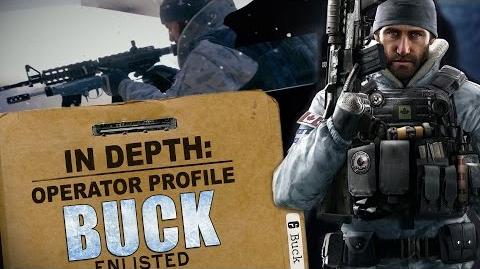 Retrieved from "https://rainbowsix.fandom.com/wiki/Buck?oldid=64274"
Community content is available under CC-BY-SA unless otherwise noted.