watch 01:31
'Rainbow Six' Profile: Buck
Do you like this video?
Play Sound 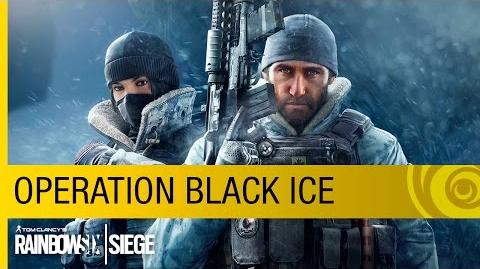 When his time in the Army was completed he joined the Royal Canadian Mounted Police and eventually became a part of the Emergency Response Team. After excelling in his ERT role he was invited by the Canadian military to re-up and become a member of JTF2.[2]

Highly pragmatic, Côté will always take the shortest distance between two points. He is not one to mince words or become hyperbolic. He enjoys simple mechanical devices rather than the more high-tech arsenal employed by other members of Team Rainbow.[3]

A Medium Armored Operator, Buck's unique gadget is an under-barrel mounted shotgun known as the "Skeleton Key", otherwise designated as the SK 4-12. This shotgun has a higher destructive potential than any of the other known shotguns.

The Skeleton Key, an under-barrel mounted 12 gauge shotgun, allows Buck to swiftly breach and target hostiles. By changing hand positions on his assault rifle, he is able to quickly switch from ranged to close-quarter combat. The Skeleton Key is also an effective breaching tool to destroy barricades or create a line of sight.[1]

Retrieved from "https://rainbowsix.fandom.com/wiki/Buck?oldid=47607"
Community content is available under CC-BY-SA unless otherwise noted.