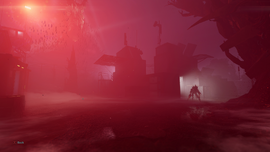 Chimera Fog is created by the periodic release of gases by colonies of Sprawl Cells. While the exact activation method is unknown, the Fog is released by the Parasite with the aim to recreate an alien atmosphere from its bacterial memory. By producing the Fog, the Chimera Parasite is effectively terraforming plants to be more favorable for its survival. REACT scientists have found from samples taken from the Fog that it contains high concentrations of hydrogen, helium and unidentified hydrocarbons which are similar to atmospheric conditions on gas giants such as Jupiter or Saturn. Despite this, it contains enough breathable oxygen to sustain human life.

Areas affected by Chimera Fog have severely decreased visibility. Archæans remain unaffected by the reduced visibility of the Fog due to their ability to "see" beyond the visible spectrum. 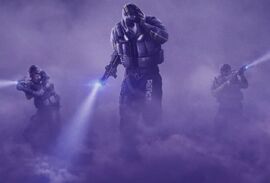 Further mutations have resulted in the creation of a new gas dubbed Nightmare Fog. This gas is created and released from a mutated Archæan Tree known as a Toxic Tree. As with Chimera Fog, Nightmare Fog is released to create an environment that protects the Parasite. The tendrils of the Toxic Tree analyze the air, adjusting the Fog's composition, and transmits that information via underground channels. Aside from the tree releasing the Fog itself, it uses other structures to spread the Fog further.

While Nightmare Fog shares its core chemical properties with the Chimera Fog, it contains a particular mix of gasses and dust that replicate those found in the Crab Nebula. This causes individuals exposed to the Fog to experience various symptoms such as short-term memory loss, disorientation, euphoria, anxiety, paranoia and hallucinations. 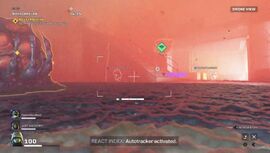 Chimera Fog appears as an available mutation. When active, the entire subzone will be shrouded in a dense Fog. Visibility is severely limited, making it difficult to identify enemies at a distance without being detected. Enemies remain unaffected by the Fog and can easily be alerted if players are not careful when traversing around a subzone. To counteract this, communication and reconnisance tools such as the Recon Drone should be used extensively. 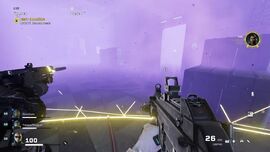 Nightmare Fog is featured in the Nightmare Fog Crisis Event. This purple fog is present on all three subzones. Aside from severely limiting vision, it causes hallucinigenic effects depending on a player's exposure level which is shown on a meter on the lower left side of the screen.

Players can counteract the effects of the Fog by picking up Neurostims to reduce Neurotoxin levels by 35%. Neurostims are located in safe zones around a subzone, including airlocks.