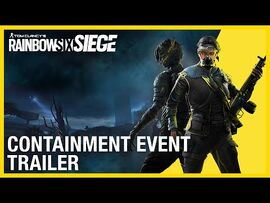 "We’ve interrupted our usual broadcast to report a “situation” of unprecedented magnitude! It seems an unknown life form settled itself at the French Consulate in Ivory Coast. A team of REACT agents were dispatched to neutralize the threat, but the presence of humanoid creatures ready to stop them raises the question of the unidentified entity’s purpose. Is it here for pure destruction… or to replace us all?"
— Event Description

Containment is a limited timed event in Tom Clancy's Rainbow Six Siege that was introduced during the North Star expansion. It is available from August 3rd, 2021 to August 24th, 2021.[1]

The Nest Neutralization gamemode, inspired by Tom Clancy's Rainbow Six Extraction, takes place on a Sprawl covered version of Consulate. Attackers are REACT operatives while the Defenders are Proteans, Archæans that have mutated to mimic the appearance of REACT operatives.

The Chimera parasite has spread to the French Consulate in the Ivory Coast. The authorities have set up a perimeter around the site and have kept the public away with reports of a gas leak. REACT Operatives have been sent to contain and neutralize the threat. To defend itself, the parasite has created humanoid creatures known as the Proteans. Time is of the essence as Operatives must destroy the nests and stop the spread of the parasite.

Nest Neutralization is a specialized version of Bomb inspired by the gameplay of Tom Clancy's Rainbow Six Extraction. Taking place on a Sprawl covered Consulate, the main objective of the Attackers is to destroy the main armored Nest located at the foot of the main staircase. To do this, players must first locate and destroy two minor nests. Defenders are unable to use weapons or observation tools and may only use melee attacks. Despite this, Defenders are stronger and move quicker than the Attackers. Each Defender has 650 points of health and is capable of using Oryx's Remah Dash as well as Aruni's ability to punch large holes into walls.

As with other events, Containment features limited-time Alpha Packs containing Headgear, Uniforms, Weapon Skins, Attachment Skin, and Charm that are themed around the event. There are 33 cosmetic items in the Containment Alpha Pack collection with no duplicates awarded in packs.

All players are awarded a free Alpha Pack for logging in for the first time during the event. Afterwards, packs are obtained through completing Ubisoft Connect challenges or by purchase. Alpha Packs may be purchased with 12500 Renown or 300 R6 Credits. 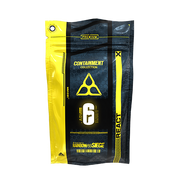 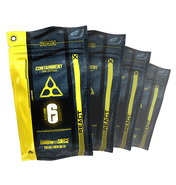 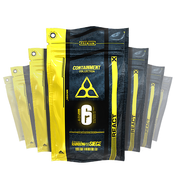 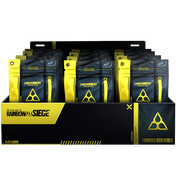 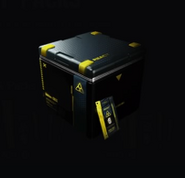 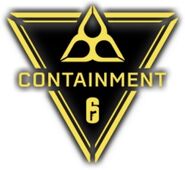