John Clark - From their communications with the Quebecois Authorities, the terrorists' real objective was Juan Crespo himself. If appears that his anti-terrorism and pro-US sentiments have put him on our friends' short list. Now for the bad news. Although they failed to get Crespo, the terrorists did manage to take over the Crespo Foundation Headquarters in Montreal and take several members of the board of directors hostage. They're demanding either an insane ransom or Juan Crespo's head in returning for their hostages. Obviously they're not getting either, so I need you to take your team in and neutralize those tangos.

John Clark - The US State Department just passed us a message through channels. It reads, 'The future President of Venezuela wants to personally thank the agency responsible for putting an end to the terrorist crisis in Montreal.' It's polite of him, but we have bigger fish to fry. There were two car bombings in the Middle East this morning, and it looks like there's a Saudi Arabian connection. The Saudis are claiming they're clean, and tempers are getting hot. If people aren't careful, this could turn into a shooting war, real fast. Closer to home, one of the terrorists you brought in cut himself a deal after a couple of hours talking to psych. Unfortunately, he didn't know much in the way of operational details. All our prisoner had was this: there's something big planned on US soil, and it's coming soon. It's clear that these goons have good internal security in place and that means they're more professional than they've shown so far. Both of these things worry me. 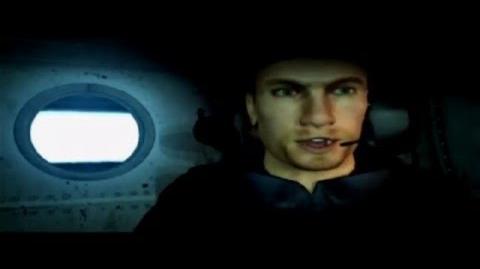