The Desert Eagle is a weapon featured in Tom Clancy's Rainbow Six: Rogue Spear. The weapon is available in both .357 and .50 calibers in-game. The weapon is carried by important enemy VIP personnel. 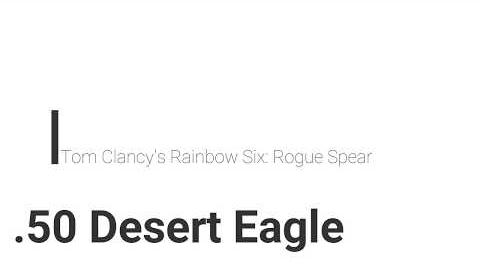