Free Europe is a British terrorist group that appears in Tom Clancy's Rainbow Six. They are opposed to the integration of the United Kingdom in the European Union.

The name "Free Europe" first surfaced in 1996 during a police investigation of an instance of sabotage to the railroad tracks on the British side of the Channel Tunnel. A steel bar was welded to the tracks, resulting in the derailment of a high-speed passenger train, and causing the deaths of four passengers. No arrests were made. Since then, the name has also come up in conjunction with several other terrorist incidents, including the firebombing of a block of flats occupied by West African immigrants that killed a four-year-old girl.

Free Europe is believed to be a spin-off of the British neo-Nazi group Combat 18. According to documents recovered by the police, their agenda calls for the deportation of all immigrants of non-European ancestry and a national policy of strict economic and cultural isolationism. 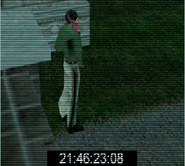 Retrieved from "https://rainbowsix.fandom.com/wiki/Free_Europe?oldid=66239"
Community content is available under CC-BY-SA unless otherwise noted.