watch 02:43
The Loop (Games)
Do you like this video?
Not to be confused with the map, Garage (Raven Shield).

John Clark - US Customs found Vargas for us a few hours ago, though they didn't manage to contain him. He was on board a cargo ship that docked in New Orleans early this morning and immediately started offloading its load - automobiles. Intel's convinced that the cars are the key to the VX. They may be right - Customs put a tail on Vargas and tracked him to a garage in the city. Now it's time for you to go dig him out. Be very careful on this one, Domingo. VX is vicious stuff.

John Clark - Get ready, Domingo. We're going to need to move fast. This thing doesn't end with Vargas. He's claiming that Crespo is the one behind all of this, and that he's in cahoots with a Saudi dissident who wants to use the oil crisis as a way to grab power. Crespo's plan was to use the oil issue to become President of Venezuela, then do an about-face and cut off the US oil supply. He's keep selling it, of course, but on the black market so he could rake in a huge personal profit. Meanwhile, he'd work with his mysterious friend to mount terrorist attacks against the United States and let the US stepped in, Crespo's friend would take over in Riyadh. It's nasty and it's clever, and we don't have much time to stop it.

Vargas told us what the VX is for. They shipped it in by hiding it in the radiators of those cars, then pumped it out and took it downtown. If we don't stop Crespo's men, they're going to turn it loose on the Mardi Gras Parade, and we're going to have tens of thousands of casualties.

Chavez and Loiselle are searching for Emilio Vargas 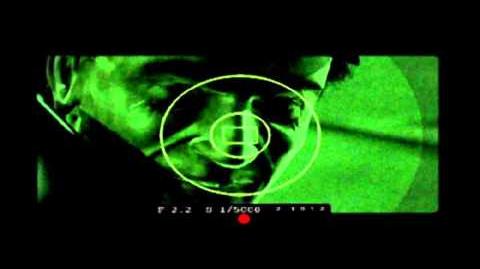 Tom Clancy's Rainbow Six 3 Garage
Add a photo to this gallery
Retrieved from "https://rainbowsix.fandom.com/wiki/Garage_(Mission)?oldid=64761"
Community content is available under CC-BY-SA unless otherwise noted.