Edit
watch 02:34
Fire Emblem Warriors: Three Hopes - The Loop
Do you like this video?
Play Sound
This article features a Codex Entry.

Grunts are the most common organism produced by the Chimera Parasite in response to threats within its environment, similar to white blood cells. During the initial infestation stage of the Chimera Parasite, Grunts are produced by infecting and mutating humans. This causes infected individuals to grow carapace spikes out of their skin and drives them insane. When alerted to threats, human Grunts will mutate further, resulting in the total replacement of hands with spikes and tendrils covering a large portion of their bodies.

Once the Chimera Parasite has effectively assimilated enough organic matter, it will use Sprawl to start producing Archæan Grunts in lieu of human Grunts. An Archæan Grunt features a more alien appearance but retains the same role of protecting the Parasite from threats in its environment. They also retain two hardened upper limb spikes which act as its primary form of attack.

Analysis by REACT scientists have found that Archæan Grunts have a muscular or analogous system that may approximate arthropods. Their hardened Sprawl shell is activated by neuronal network connected to clusters agglomerated at weak points (ioints). The nature of an Archæan Grunt's sensory apparatus is unknown but it has been confirmed to be located in the creature's head. Damage to this weak point will cause an Archæan Grunt to discentegrate back into the environment. 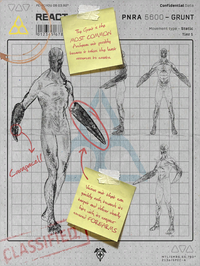 Human Grunts and Archæan Grunts can be heard muttering or shouting. When alerted to threats, they become extremely aggressive and will release a howl to alert other Chimera organisms. The aggressive nature of Grunts is further enhanced by their tedenacy to rush after and overwhelm threats in swarms. They will use their spike limbs to attack threats and will not stop unless they have loss sight of the threat or have been neutralized. 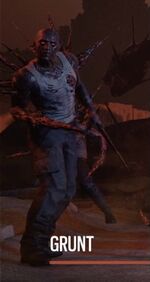 Grunts are the common enemies featured in the Outbreak event of Tom Clancy's Rainbow Six Siege. They are present on the field upon entering the map or spawning in during in-mission events.

Grunts start off "undisturbed" which is when they are most vulnerable. When alerted, they demorph as alien tendrils cover their body, making them hostile and more durable. Grunts specialize in swarming en masse due to their numbers.

They can also be heard talking or shouting when undisturbed. 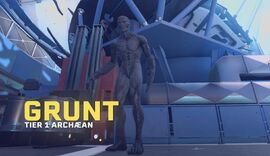 Grunts are Tier 1 enemies that appear in Tom Clancy's Rainbow Six Extraction. They are the most common enemies encountered within subzones. Grunts can be killed with a few shots to the weak point located in their head. They will react to nearby noise by investigating and will howl to alert other enemies if they see a player. When alerted, they will rush players and use their spikes to deal large amounts of damage. They can quickly overwhelm players with their speed and when in groups. When the Blinding Spore Carrier Mutation is active, Grunts and Spikers can be seen with Blinding Spores attached to their bodies. These spores will attach to players when carriers get too close and will detonate immediately.

The Elite Grunt can be found on higher difficulties and in several different objectives. Not only are they faster than normal grunts but have more health and deal more damage with each hit.

This section features a Codex Entry. 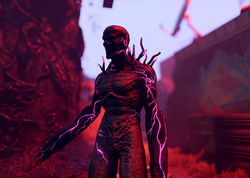 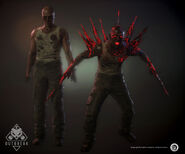 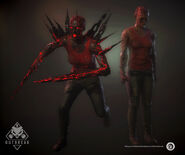