Edit
watch 02:56
Raise a Floppa - The Loop
Do you like this video?
Play Sound
For the reworked version of the map, see Hereford Base (Rework).

In September 2018, the map was significantly reworked in the Operation Grim Sky expansion. This replaced the makeshift training facility with a more traditional brick structure. The original version of the map is now only available in Situations.

A greatly altered version of the original map did return in May 2020 as "Headquarters" during the limited-time Grand Larceny event.

The map returned in December 2020 as an available map in the limited-time Legacy Arcade playlist.

Situation 1: CQC Basics, and Situation 4: Asset Protection both take place on Hereford Base. In both Situations a unique terrorist model is used in place of the White Mask model.

In this Situation, the Operator in question is an SAS Recruit. The map is heavily modified to guide the player in the right direction. The player spawns in front of the left gate of the Shooting Range. All entrances to the range are fenced off, and another fence is placed to guide the player to the front entrance, in front of which a terrorist is standing. After entering, the main hallway is blocked by furniture, forcing the player to use the left two rooms to navigate. The bottom floor is also fenced off, and a wall in the further right room is reinforced to prevent players from entering there. At the top, there are two terrorists in the side rooms and three in the barricaded bedroom, the idea being that once the player kills the other two, those three will break out and rush the player. There are 11 enemies in total.

In this Situation, the Operator in question is Smoke. They are located downstairs in the Armory. The Hostage uses a unique model based on the Recruit. There are only three waves of terrorists as opposed to four, and there are no bombers. There are also fewer Terrorists per wave. 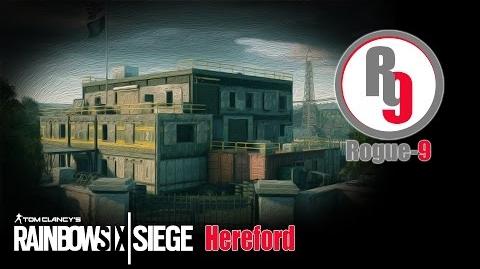 Headquarters is a modified version of the original Hereford Base map that is featured in The Grand Larceny event. Instead of a killhouse, the map takes place inside a 1920s British Warehouse which that houses a mobster hideout. 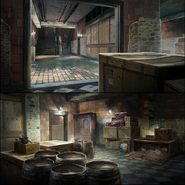 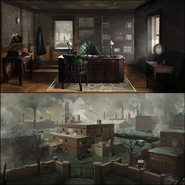 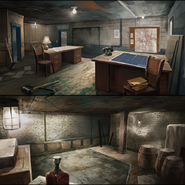