watch 02:43
The Loop (Games)
Do you like this video?
Not to be confused with the mission in Raven Shield, Operation Pearl Castle.

John Clark - We've got more trouble in paradise, Domingo. When the refinery operation went sour, our terrorists went to plan B. They're holding the CEO of the Venezuelan State owned oil company and his wife hostage.

The terrorists are asking for a huge ransom for the hostages' safe return. Psych thinks they have no intention of executing the captives - they're too valuable - but we can't count on that, and we all know that accidents happen in this sort of situation. Sending in a full team might panic the terrorists into doing something stupid, and we can't risk that. Therefore, Domingo, this time it's just you and Weber. Go in fast, neutralize the hostage-takers, and get the hostages out of there in one piece.

John Clark - We're seeing some dangerous patterns forming with these attacks. They're organized, and they've got a definite goal. If these terrorist attacks cause Venezuela to stop shipping oil to the US, then things are going to get very interesting. Of course, that's exactly what the rest of OPEC wants, which means that we're going to see some rising tensions with the Saudis as well. I don't like this one bit. 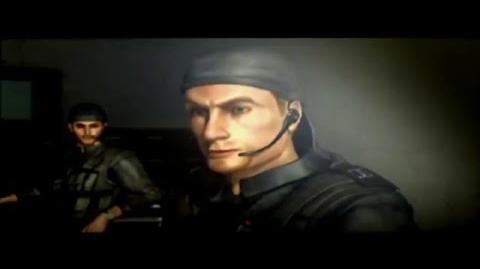