Edit
watch 02:56
Raise a Floppa - The Loop
Do you like this video?
Play Sound
For the modern variant, see the Mk 14 EBR.

The M14 is a battle rifle introduced in 1959. It was the weapon that was adopted by the U.S. military as a replacement for the M1 Garand as the United States Service rifle. As well, the M14 has been officially replaced by the burst firing M16 in the service rifle role, as of 1970. Officially it was known as U.S. rifle, 7.62mm, M14, and described as "a lightweight, air-cooled, gas-operated, magazine-fed, shoulder weapon". It is designed primarily for semi-automatic fire and has a selector switch on the shooter's right at the rear of the receiver that allows for fully-automatic fire. 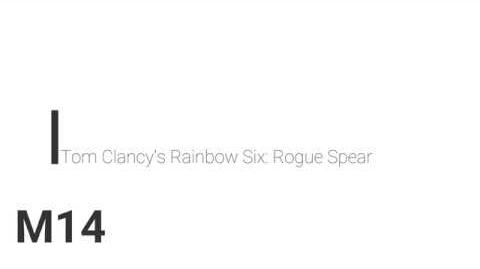 The M14 is a weapon featured in Tom Clancy's Rainbow Six 3: Raven Shield.