View source
watch 02:52
Roblox: DeepWoken - The Loop
Do you like this video?
Play Sound

The Remington Model 870 is a pump-action shotgun manufactured by Remington Arms. The Model 870 is one of the most, if not the most widely used shotgun in the world. The shotgun to only second this weapon in terms of popularity is the Mossberg 500.

Another variant of the shotgun appears in the Tom Clancy's Rainbow Six universe, the M870 CMS. This is a highly customizable variant which can be quickly modified with different barrels, magazine tubes, and stocks for different purposes, such as urban combat and door breaching.

The M870 is categorized as a shotgun in the Rainbow Six universe.

The 870MCS is a weapon featured in the Tom Clancy's Rainbow Six: Vegas.

The 870MCS is a weapon featured in the Tom Clancy's Rainbow Six: Vegas 2. Since Vegas 1 and 2 share the same engine and models, the weapon appears in the same configuration as its Vegas 1 counterpart. 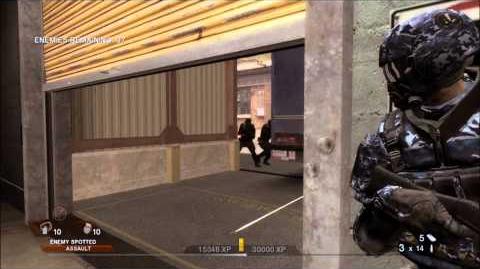 The M870 is a shotgun featured in Tom Clancy's Rainbow Six Siege. It is available for use by the Defending Recruit and the Operators Jäger and Bandit.