Rainbow Six Wiki
Register
Don't have an account?
Sign In
Advertisement
in: Under construction, Submachine Guns, Machine Pistols,
and 9 more

Edit
watch 02:56
Raise a Floppa - The Loop
Do you like this video?
Play Sound
For the highly customized variant, see the SMG-12.

The Mac11/9 is a weapon featured in Tom Clancy's Rainbow Six 3: Raven Shield.

"Made in the United States, this machine pistol's high rate of fire and automatic only fire mode makes this a perfect choice for close coombat situations. The CM 11/9 dooes not support attachments."
— In-game description

The CM 11/9 is a weapon featured in Tom Clancy's Rainbow Six: Lockdown.

The firearm does not have a fire selector and is only limited to full auto fire exclusively. It's a rather forgettable SMG due to its high muzzle climb because of the full auto fire, and mediocre stats.

A player character being idle with his M11 in R6V1

A player character checking corners with his M11 in R6V2 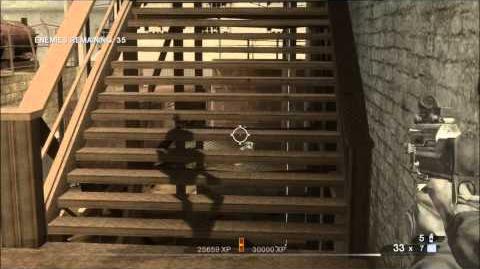 The SMG-11 is a weapon featured in Tom Clancy's Rainbow Six Siege. It is available for use by the Defend Recruits, Smoke, Mute and Amaru.

The SMG-11 is a fast firing weapon with incredibly high damage output, but comes with the downsides of an unstable recoil pattern and a very small magazine size of 16+1. This means that while it dominates in close quarters, it struggles at long range without tap firing.

The Flash Hider and Compensator both effectively tighten the horizontal spread of the 2nd to 4th shots. The Flash Hider is the superior attachment however as it significantly reduces the vertical kick of the first shot, while the difference in the recoil of the 5th to 17th shots is negligible.

In the Asset Protection Situation, the Operator deployed is Smoke, who is equipped with an M590A1 and an SMG-11 as a sidearm. It has a Reflex Sight, a Vertical Grip and a Compensator as its attachments.

The SMG-11 performs in a similar manner as its counterpart in Tom Clancy's Rainbow Six Siege. It is a fast firing weapon with incredibly high damage output. Its unstable recoil and small magazine will cause it to struggle at long range without tap firing. This can be somewhat mitigated by equipping the Compensator to effectively tighten the horizontal spread.

The SMG-11 is a weapon featured in Tom Clancy's Rainbow Six Mobile. It is available for use by Sledge.