The MP5SD is a submachine gun featured in Tom Clancy's Rainbow Six Siege. It was introduced in the Operation Red Crow expansion pack and is available for use by the Operator Echo.[1]

The MP5SD is, function-wise, very similar to its other MP5 counterparts. It does have the benefit of having an integral suppressor, but not suffering from the attachment's damage penalty if the target is shot within 28 meters. 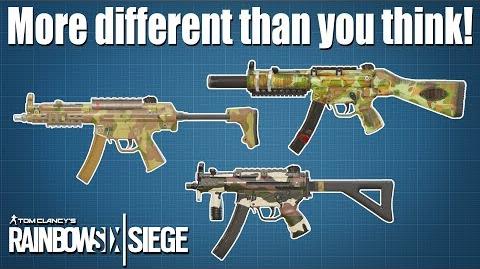 Retrieved from "https://rainbowsix.fandom.com/wiki/MP5SD/Siege?oldid=80167"
Community content is available under CC-BY-SA unless otherwise noted.