Start a Wiki
watch 02:17
The Loop (Games)
Do you like this video?
Not to be confused with the map, Meat Packing Plant.

John Clark - Vargas' accountant has been a big help. The first thing he did was finger a meat packing plant his former boss owned as another storage site for materiel for the nerve gas. He's currently talking to intel about a few other things, but it's the VX that concerns us. Domingo, you and your team are going to be dropped by chopper about a half mile away, so you'll be inserting on foot. There are civilians in the plant, so treat this as a potential hostage situation. Good luck.

John Clark - Good work. You handled that perfectly. The skinny on the situation is this: we've got most of their stockpile, but it's clear from the records you confiscated that some of the VX is already on its way to the United States. The stuff dissolves easily in organic solvents, so finding it is going to be a real bear. Intel's already looking for that, and for Vargas. I have a feeling that when we find one, we'll find the other. 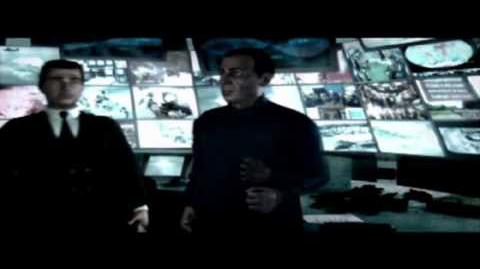