"A true predator strikes out of necessity, not greed. They protect what is theirs."
— Melusi

Born in the small town of Louwsburg near the Ithala Game Reserve, Ndlovu spent many years exploring with her friend, Elna Gardiner. As they grew, so did their appreciation of and sense of responsibility for the animals on the reserve. The threat from poachers fueled their determination, and though haunted they focused on the lives they could save, rather than past casualties.

Ndlovu signed up with the South African National Defense Force to broaden her skillset and fund her field ranger training. Her persistence and dedication brought her to the attention of the 1 Parachute Battalion, until an ambush in the Central African Republic left her badly wounded.

When Gardiner, who had become an accomplished veterinarian, asked for help defending Hluhluwe–Imfolozi Park, Ndlovu resigned from the military and began training local women in tracking, interception, and surveillance at the Southern African Wildlife College. Together, they are the heart of the Inkaba Task Force Anti-Poaching Unit.

Specialist Thandiwe “Melusi” Ndlovu strikes me as someone uniquely suited to carrying out South Africa’s ongoing conservation efforts – she is efficient, precise, and accepts that greed remains one of humanity’s greatest challenges. When I asked if she thought we would ever be rid of it, she smiled and said, “It’s good to dream, Doctor.” […]

Her relationship with Elna began the day they discovered that their names meant the same thing: “beloved”. It wasn’t always an easy friendship, but their shared adoration for the animals of the game reserve and propensity for exploring where they absolutely should not have been saw them through a lot of challenges. […] Ndlovu's stoic comparison between the wounded of the battlefield and the cries of poisoned elephants is in stark contrast to Elna’s compassion. It’s interesting that one focused on prevention, and the other on triage. In the end, their divergent paths create a complementary partnership. […]

Ndlovu refuses to speak about the ambush that decimated her unit. From the reports it’s clear the operation was a harrowing ordeal from which she was lucky to escape. I tried approaching the topic from the angle of latent survivor’s guilt, but she brushed off my attempts. She seems more affected by the tragedies she witnessed on the reserve – comparing land mines to snares, and mentally turning the the reserve into a warzone. […] Her profile indicates that any negative feelings have been transmuted into action, in the forms of training the women of her anti-poaching unit and the web of drone-based surveillance she has organized to oversee their operations.

On the topic of her work, she is effusive. Ndlovu believes strongly that there must be education and a shared responsibility within the community, that simply fighting poachers is not enough. She takes great pride in the accomplishments of the women under her command, and in their contribution to the well-being of the animals they protect. She cares, too, about improving the local economy, but this concern is secondary to providing what she calls “self-directed futures” – believing that these, above everything, will counter the lure of easy money.

You asked me to consider our newest recruits. They’re interesting on paper, but it is in person we are introduced to their strengths. I can see where perhaps I can teach them something useful, yes?

The man from Norway, Håvard Haugland. His name is hard to pronounce, but he’s easy to recognize. We call him Ace. It’s interesting that a paramedic would eventually work with the UN, and fortunate for Kali that they crossed paths. His time with the Norwegian Armed Forces has honed his rescue skills. As an EMT, he projects a calm – if arrogant - confidence in even the most stressful situations. Whether he's gingerly making his way to a trapped avalanche victim or attending to a broken bone, Ace is capable of making those in his charge feel safe and secure.

He can seem brash, but it’s his assertiveness that allows him to take on these dangerous missions. Perhaps a tempering influence would allow him to reflect upon situations before rushing in. He does enjoy his social media, and his followers from around the world see him as the hero he wishes them to see. I admit after meeting him, his skills live up to the hype.

Thandiwe “Melusi” Ndlovu and I have specific principles in common. I admire her commitment to conservation and her anti-poaching unit. I don’t see her being taken by surprise often, and when she is? I would very much like to see her reaction.

I agree with you, her focus on prevention through surveillance is something The Program can benefit from. I don’t doubt her experience with drones, but have you seen Melusi track a poacher on foot? Even I would have trouble spotting her among the trees.

That these two join us at the same time is exciting. Their weapons of choice are also interesting, and, I think, reflect their true selves. Ace rushes in and makes an entrance - an entrance through almost any barrier. He’s ambitious, but he goes to lengths to make sure none are harmed by his actions. Poachers have militarized, changing their tactics and equipment. As a result, Melusi must be highly adaptable. She waits, she intercepts, and she prevents, much like her new toy. If she does not catch the target herself, she can slow them long enough to be intercepted by someone else, or perhaps discouraged from their actions.

It will be interesting for me to continue to work with them. Melusi is very much a warden. She watches, she defends, and she gets the job done. Ace knows where to stand for the perfect shot, whether it’s creating a breach for his teammates or smiling for the camera.

Melusi's Unique Gadget is the Banshee Sonic Defence device. When deployed on a wall or floor, the Banshee will emit a low buzzing noise whenever an Attacker enters its radius and line of sight. As well as alerting Defenders with its noise, the Banshee also slows down the movement of any Attacker within its radius, giving Melusi and other Defenders a prime chance to attack.

Don’t be too alarmed if you find yourself slowed when there’s no barbed wire underfoot. You can trust your ears on this one, the Banshee has caught you in a moment of weakness. While its sound blares and alerts Melusi of your presence, you might not have much time to retreat to a safe distance.

The Banshee Sonic Defence is deployable on surfaces, much like Maestro's Evil Eyes, but they don’t require any manual control. As soon as an opponent walks close enough to it, it will release its scream and slow them. It can be destroyed, but since it’s bulletproof, Attackers will have to dispense some utility or strike it up close.

One of the best assets of the Banshee is that once Melusi has placed it, her teammates can make use of it just as well as she does.

Diagram of the Banshee's penalty ranges

Don't get me wrong, I'm flattered you asked me to look over Melusi's gadget. Next time though, I'm going to need at least a month's notice and for you to keep Mr. "I'm the sound guy" away from my notes. He came in on Day 2 and started going on about how my testing procedure wasn't rigorous enough and how a layman's understanding of the topic only contributes to society's general level of ignorance. Charming. Anyway, I handed him one of the emitters and hit him with a 160 dB burst. He left me alone after that.

So, look, the Banshee works by generating a standing wave of between 18-19 Hz. If you've ever thought you saw a ghost, or felt a "presence", you're familiar with the sensation that casues. Crank up the loudness, and it gets more intense. People with especially sensitive ears are going to be more destabilized than those of us who spent our glorious youth attending rock concerts (or just taking too much acetaminophen) but that's the curse of being good at something - someone else can always turn it into a disadvantage.

An Operator under the Banshee's effects

Ace and Melusi in the official Steel Wave release 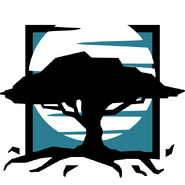 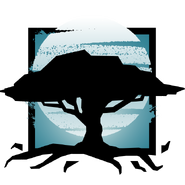