Max Goose, codenamed Mozzie, is a Defending Operator featured in Tom Clancy's Rainbow Six Siege. He was introduced in the Operation Burnt Horizon expansion alongside Gridlock.[1][2]

Right after Year 10, Max Goose applied to enter the Australian Defence Force Academy, later working in Combat & Security. He joined an infantry regiment that incorporated dirt bikes and all-terrain vehicles in their reconnaissance operations. Goose excelled in land navigation and became the two-wheeler expert in raids, scouting, and convoy operations.

Following Operation Catalyst, he was handpicked to join the Special Air Service Regiment (SASR), so long as he passed selection and refrained from talking back. His specialized off-road skillsets and quick thinking were highly prized, even though his driving style appeared reckless. He deployed to Operation Slipper and served until the operation's conclusion. He later received the National Emergency Medal for saving firefighters during the Esperance bushfires.

Goose is a calculated daredevil who loves testing upcoming military stealth bikes, but he says there's no bigger honor than being asked to join Rainbow Six.[3]

On their own, Specialist Max "Mozzie" Goose and Specialist Tori "Gridlock" Tallyo Fairous perform exceedingly well, but together, they pull off some amazing, even hare-brained stunts sure to make the sternest of commanders crack a smile… when they succeed, of course. Just like their operation at the Esperance bushfires.

These two specialists create this remarkable balance seldom seen between two operators. I'm curious to see if they would still help each other as opponents, or if duty will take precedence over their friendship.

He's a speed demon, not just on his bike, but how he processes information. By the time others are done parsing a problem, he has already considered the feasibility of a particular course of action, having weighed all the pros and cons, and he's already kick-started his bike. Those seconds he's saving are precious. All the while, he's smirking beneath that moustache, and there's this shine to his eyes that makes everyone uneasy. I believe he's a troublemaker in spirit, but a real showman at heart.

Goose grew up as the middle sibling in his family and I do believe he had to put extra effort to be heard or noticed, which explains the showman side of his personality. He jokes that his parents paid more attention to him the moment he engaged in extreme sports like freestyle mountain biking, dune buggy racing, and the occasional hang gliding. He told me that the moment he told his mum he did skydiving with dirt bikes, she completely lost it.

I've had the… "pleasure" of hearing the extent of his profanity, though like many behavioural psychologists, I've seen enough evidence to support the theory that swearing is good for you… that it's not maladaptive.

I've even seen Specialist Goose use humour to cover pain, though I wonder if he uses vulgarity to make up for his physical stature, likely to appear more intimidating. So far, all my observations indicate that he becomes quite furious when his height is made all the more obvious.[3]

Mozzie is armed with the Pest Launcher, a slingshot that launches small robots called Pests that can hack the Attacking team's drones (including Twitch's Shock Drones) and make them his own.

Mozzie's launcher, Pests, are tiny 4-legged bots that can be used to target a single drone, or deployed into an area to prevent access by a drone. When launched, the Pest latches onto the nearest enemy drone and obscures its camera. It then initiates an override sequence to hack the drone and give control to Mozzie. Counter-intelligence is enabled with no risk of a counter hack. Single-use only, Pests self-destruct by dissolving into thin air once their target is in Mozzie's control.[3]

Of course I'd get asked to evaluate Mozzie's Pest. I'm the only one around with any hacking cred. So here's what I know: once the Pest is deployed, it's programmed to search a specific area, latching onto the nearest enemy drone and obscuring the camera. Then it initiates the override sequence. Their drone now belongs to him. It happens fast. Even faster is Mozzie shooting the Pest directly at a drone.

Unlike most devices, the Pest auto-destructs by dissolving into thin air. Single-use only means one less logistical problem to worry about. The Pest also doesn't run the risk of a counter hack. It achieves great military effectiveness by acquiring an enemy resource that's already on the field, and by leaving the enemy with no way to intercept once the Pest has depolymerized. The only way for the enemy to minimize the damage is by destroying their own drones. Very troublesome.

When Mozzie's device is successful, it can break the enemy's morale. Okay... it's actually genius, and I could improve its efficiency by widening the detection area and by optimizing his code, but why would I? He tricked others in the past. He won't trick the trickster. 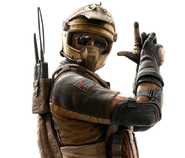 Mozzie ramping up the crowd (The Program)

Mozzie deploying a Pest on a drone

Mozzie as he appears in Tom Clancy's Ghost Recon Breakpoint 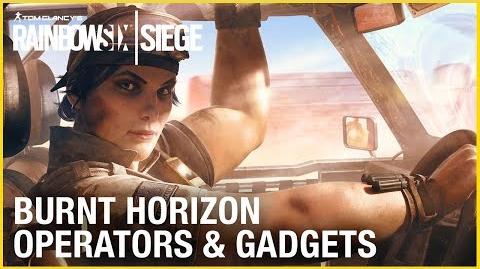