Start a Wiki
watch 01:53
The Loop (Games)
Do you like this video?
For the multiplayer map in Tom Clancy's Rainbow Six: Vegas 2, see Oil Refinery (Vegas 2)

John Clark - You're heading to Curacao, but it's not for vacation. We've got an oil refinery in hostile hands, and the terrorists inside are threatening to detonate the bombs they've placed around the site unless their demands are met. They're asking for the same thing the amateurs in Switzerland wanted: and end to Venezuelan oil shipments to the US. That's enough to make intel think that we're dealing with another branch of the same organization here. Just to make this even more fun, they've got a hostage, the refinery's facilities director. The terrorists have already said he'll be shot immediately if anyone comes in after them, so you know you have your work cut out for you. Go in silent and go in fast, and I'll see you when you're done.

John Clark - We've got official confirmation from intel: the men you just dealt with are affiliated with your playmates from Switzerland. The weapons used in both attacks were traced to an Egyptian weapons shipment that was supposedly lost off the Syrian coast six weeks ago. The Egyptians are swearing up and down that they have no idea what happened to it, and intel believes them. But the serial numbers on the weapons match up, and that means that the men we're facing are part of a bigger organization than we thought. 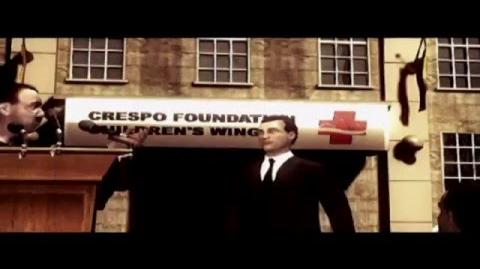