View source
watch 04:03
Wiki Targeted (Games)
Do you like this video?
Play Sound
For the remake of the mission in Shadow Vanguard, see Operation Angel Wire (Shadow Vanguard).

Prevent bomb detonation
Save the rig workers
Eliminate the terrorists

Terrorists from a organization self-called "The Phoenix Group" have gained control of a PetroMech drilling rig and are holding crew as hostage while they have armed explosives through the rig.

John Clark - Good work in the Congo. The word is Dr. Winston is completely recovered from her ordeal. Security is running a background check on her - since she's already aware of our existance we might as well put her to use as an advisor. Given the current proliferation of weapons of mass destruction I'm afraid we may need a biohazard expert. Be sure to read your dossier on The Phoenix Group. These guys are serious fanatics. Apparently their agenda calls for the complete destruction of modern society. They see themselves rising from the ashes to build some sort of environmentalist utopia - hence the Phoenix bit. If they get even a hint that you're on board that rig they'll set off the bombs.

This is Rainbow's third official mission. PetroMech is a powerful oil company which its roots can be traced back to the American oil boom of the 1900's. This mission is accompanied with observation of the director of Horizon Company, John Brightling, who will be given intel support for the Rainbow's operatives. Rainbow also receives a new demolition operative.

This new group is organized and dangerous and it's philosophy mixes radical environmentalism with anarchist Leanings. The group is extremely dangerous and well armed.

Rainbow's objectives are disarm the bomb, eliminate the terrorists and secure the hostages (there are no hostages if this mission is played on recruit). If the terrorists kill all RAINBOW operatives, set off a bomb, or kill a hostage (hostages are on veteran or higher), this counts as a mission failure. On both veteran and elite, the two workers are being guarded in one large room by their captors. On recruit and veteran, there is one bomb, but on elite, there are two. To complete the mission, RAINBOW must disarm all the bombs (every difficulty) and either kill all terrorists or escort the hostages to the extraction zone (veteran and elite). If the player succeeds, an image of the rescued workers and RAINBOW operatives surrounding the dead members of the Phoenix Group appears (If you look closely at the RAINBOW unit on the far right in heavy armor,you can see he was wounded and was shot in the head due to blood being in that spot.). If the player fails the mission, an image of a fiery explosion on the rig appears.

The Phoenix Group is organized and if you miss the shoot they will regroup with other terrorist and flank you. The trick is sneak behind them or try your luck with long shoots, because their weaponry aren't too strong, most of them rely on small weapons such as Uzi or Machine Pistols. A few members of the Phoenix Group are disguised as workers, but it is hard to confuse them with hostages. The only members of the Phoenix Group that are not in disguise are wearing brown jackets, and they seem to be better than the ones disguised as workers. Phoenix will not be afraid to work as a team during this mission, so grenades and flashbangs may come in handy. There are more enemies if the difficulty is higher. The rig contains several areas of long range and close quarters combat. In some areas, the floor is a grate, making someone able to shoot people below or above them. Terrorists are mainly patrolling the large hallways.

LONDON, ENGLAND (United News International) - British elite forces stormed a PetroMech drilling platform in the North Sea Sunday, killing the individuals who had commandeered it and heading off a potential environmental catastrophe. Early reports indicate that the crew of the rig, who had been held as hostages during the incident, escaped with minimal casualties.

The terrorists seized control of the platform early Friday morning by masquerading, authorities believe, as members of the regular PetroMech maintenance crew. Once in control of the rig they planted explosive devices at strategic locations and notified the British government that they intended to blow it up unless their demands were met. Had that happened the environmental consequences for the region could have been severe; smaller oil spills in the North Sea have had a serious impact on local habitats for fish and sea birds.

According to British authorities, other members of the group responsible for the bomb attack may still be at large. 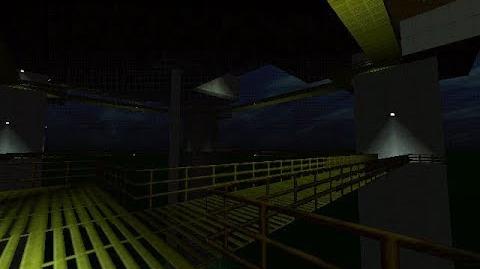