The multiplayer version of the map is called Oil Tanker.

Japanese terrorist group "Kawakiri" have seized a PetroMech oil tanker off the coast of Japan and are threatening to destroy it with explosives. Your mission is to board the vessel and neutralize the aggressors before they can trigger the explosive devices.

John Clark - Good work in New York. Intelligence is still trying to figure out how a small-time, regional group like the Islamic Vanguard managed to launch an operation in the States. It's pretty obvious they had help - we just don't know from where.

The people holding the tanker are rabid anti-nuclear types. They won't hesitate to blow the ship if they suspect you're on board. If that happens, the resulting oil slick will foul the plumbing of at least three nearby seawater-cooled reactors and bring down half of Japan's power grid. You'll have to hit them hard and fast.

The hostages are held in two groups in the stern of the ship. The leader is on the bridge - he's the one who'll blow the ship if he finds out you're on board. You'll be inserted near the bow to minimize the likelihood of detection. No heartbeat surveillance this time, I'm afraid - you'll have to locate the hostiles the old fashioned way.

OFF TOKYO COAST, JAPAN (United News International) - Members of the Japanese Defense Force engaged in a battle with terrorists aboard an oil tanker off the Tokyo Coast. While reports are still sketchy, the military forces were able to recapture the ship and eliminate the threat. The terrorists claimed to be dedicated environmentalists, and threatened to detonate the oil-filled ship unless their demands were met. Japanese officials confirm that the threat is ended, but will not comment on the forces used in the assault.

Japanese officials refused to speculate on what might have been had the terrorists succeeded in their goal of destroying the oil-laden tanker. Unofficial sources pinpoint not only massive damage to marine life, but severe damage to Tokyo coastal institutions, including several sea-cooled nuclear reactors in the area. 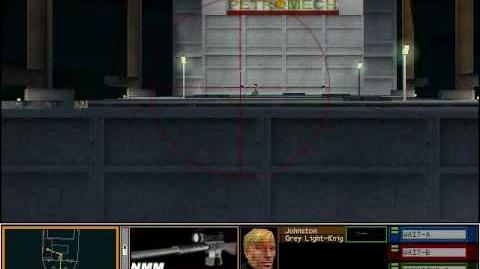