Terrorists have smuggled one container of chemical weapons into Greece, and intend to use it in the agora marketplace in Athens. You are to defuse the explosive device the terrorists are using to disperse the nerve agent, and to eliminate all hostiles in the vicinity.

John Clark - It's Rio de Janeiro all over again, folks. Intel did a barrel count at Palermo once we finished up there and compared it to the site records. They're one barrel short.

Sweeney can explain how that happened better than I can. The good news, if you want to call it that, is that we know where it is.

According to our liason with the local counterterrorist agency, our playmates somehow smuggled it into Athens, Greece and have set themselves up in the Agora, the central downtown marketplace. They're threatening to turn the gas loose with no demands this time. It's just pure homicidal lunacy.

There are no hostages this time. It's just you and the bad guys, with no complications. Your mission is to go in there and eliminate everyone who's not a friendly. Secure that gas as quickly as possible and defuse the device they're planning to use for dispersal. You absolutely cannot allow the terrorists to raise the alarm. If they know you're there, they'll use that nerve agent immediately. There are tens of thousands of lives at risk here.

The Greek authorities will be working with us on this one. They've already secured the perimeter, and they're trying to start some sort of negotiation with the terrorists, but really they're just buying time for us.

Let's not waste it. No slipups, people. We can't afford any. Good luck.

Kevin Sweeney - We've got more than a little trouble on our hands, and make no mistake about it. In the wake of the second action in Palermo, we were finally able to finish the inventory on that warehouse. I'm happy to say that nothing's been removed from it since the place was stormed. I'm less happy to say that it looks like Bagattini was holding out on us. One barrel was delivered, early, as evidence that he had the goods. This must be what Gutierrez was referring to as his "surprise". We confronted Bagattini with the proof from the warehouse records, and he came clean. It's a single canister, it contains nerve gas, and it's in Athens. It's sarin, far more deadly than the mustarding agent that Gospic was using in Rio. He wanted a time delay. These chaps just want everyone dead.

Your mission is to neutralize the terrorists who have established themselves in downtown Athens, near the agora marketplace. They have poison gas stolen from the Palermo warehouse in their possession, and that have indicated that they are willing to use it. Secure the outlying areas of the market to make sure no terrorists escape, then move on the central agora and secure the chemical weapons. Eliminate all hostiles, as you cannot allow them the opportunity to unleash the gas. Resistance is expected to be extremely fierce. 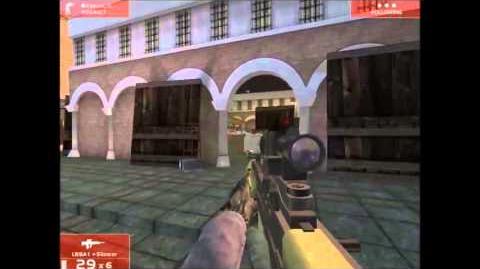 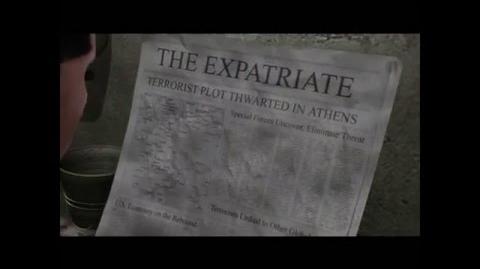