Rescue all hostages
Neutralize all terrorists

Operation Azure Gate is the first mission in Rainbow Six 3: Athena Sword. The custom mission version of the level is A Castle In Milan.

Terrorists have taken hostages at the Castello Grande, located in Milan, Italy. They are threatening to execute the hostages, including several diplomats in the party, unless their demands are met. Your mission is to rescue the hostages and neutralize the terrorists.

John Clark - Welcome back to work, people. I hope you had a good time in Rio after all the fun and games with Gutierrez and Gospic ended, but party time is over. We've got a job to do.

The situation is fairly simple. There's a party of VIPs that have been taken hostage at an art museum called the Castello Grande. The terrorists killed the group's bodyguards, but none of the remaining hostages have been harmed, at least, not yet. The hostage-takers are asking for thirty million dollars and a flight out of the country.

The Polizia di Stato Italiana in Milan have don a good job of containing the situation and feeding us whatever info they've gathered, but now it's up to us to go in and get our hands dirty. You're going to need to be exceedingly careful in there. According to the map I'm looking at, the castle's got a few courtyards you may need to cross. Make sure you've cleaned out the perimeters of those places before you enter them, because otherwise you'll get cut to pieces. Oh, and try not to shoot the art. Intel tells me that it's expensive.

I'll see you when you're done, people. Good luck.

Kevin Sweeney - The situation in Milan looks to be fairly straightforward, though every time I say that I get myself in trouble. The Italian authorities, particularly the Polizia di Stato, have been very generous with their information and resources, and that means we've got good intel going in.

According to their reports, a party of VIPs decided they wanted a tour of a museum called the Castello Grande without any of the tourists around. That meant a late-night visit, and that's when they got into trouble.

The Castle itself was built as a fortress back in the 14th Century, but these days it's an art museum with battlements. The collection's world-famous, which leads us to our current disaster. Near as the Polizia can tell, the tour group stumbled across a surprisingly well-armed gang of art thieves, who were busy helping themselves to the collection at the time. the end result wasn't pretty, all of the group's bodyguards down and the VIPs taken hostage.

The hostage takers haven't identified themselves with any goup or agenda. They're asking for the usual, money and a ride out of the country, but they haven't given a deadline yet. That works to our advantage. Let's use it.

Your mission is to free the VIPs. Intel indicates that they are most likely being held in separate locations throughout the castle, in the rooms around the perimeter of the main courtyard. The terrorists are aware of the police presence outside the castle, and have snipers covering the entrances.

MILAN, ITALY (United News International) - Due to the speedy action of the Polizia di Stato Italiana, a crisis was averted this evening at the Castello Grande.

The world-renowned museum and historical site was briefly taken over by would-be art thieves this evening. The thieves were apparently surprised by a late tour and took some tour members hostage.

However, thanks to the quick work of the Polizia, none of the hostages were harmed, and the police were able to resolve the situation in under two hours.

"We are very grateful to the Polizia," said Castello curator Gianni Sbezzi, "both for their efforts to free the hostages and for their care in making sure that the museum and its priceless collection of artwork were not damaged in any way." Sbezzi later added that the Castello will be closed for the next three days for maintenance and to allow the police to gather evidence, but that be expected to resume normal hours shortly. 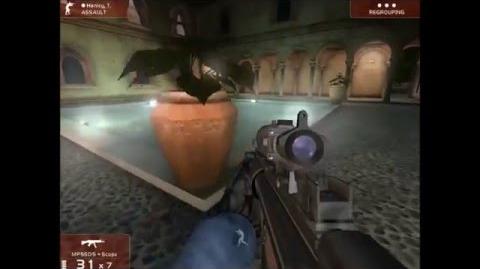