We have concluded that the meat-packing operation in Pilar is being used as a distribution vector for chemical agents. The Argentine government confirms that several of Gospic's operatives have recently entered the country and have been spotted in Pilar. Your mission is to secure the meat-packing facility and prevent the dispersal of the chemical agent.

John Clark - Intel's convinced that Gospic has gotten his hands on multiple chemical weapons. If he was behind the British bank operation, then it makes sense that Preston was his supplier. Preston made a lot of contacts in Kuwait, including a few with access to the old Soviet chemical weapons labs.

It seems highly probable at this point that Gospic has his hands on some amount of VX nerve agent. VX is extremely lethal and very durable, and can be absorbed through skin contact. That's why he had his fingers in the meat-packing plant. The plant ships beef all over the world, including Europe and Israel. We're talking mass murder across a dozen countries.

Now, we could probably interdict any shipments from the plant, after the fact, but that's too risky. I want us to take that nerve agent into custody before a single drop gets used. That's why we're going back in to the meat-packing plant. The Argentine government confirmed sightings of some of Gospic's men in and around Pilar, which means that there's no time to waste. Saddle up. You're going hunting for nerve gas.

Kevin Sweeney - We finally have the full picture, thanks to the documents you rescued in London. They are, to put in mildly, explosive - a collection of banking records dating from the Second World War detailing the systematic looting of assets of Holocaust victims by the Third Reich, their allies in the Ustache regime in Yugoslavia and complicit bankers in Geneva. Names are named including one Peja Sicic. You might remember him. He's the senior citizen that Venezuela wanted to deport just before the unpleasantness at the refinery. In addition, there are repeated mentions of an attaché to the Ministry of Finance, a man named Dejan Blazevic. We've got a picture of Blazevic and, on a hunch, one of the lads at Intel used some imaging software to make a protection as to what he'd look like now. The end result looks a lot like our Mr. Nikola Gospic.

It seems Blazevic got himself smuggled out of Europe in 1945. He arrived in the Caymans a few years later, calling himself Gospic. The money he used to set himself up with was skimmed from the accounts he had help liquidate. Intel's best guess is that he felt that the Sicic deportation proceedings might blow his own cover, so he started taking steps to hide his trail. That's not all he's up to, though. The repeated attacks on the Venezuelan oil industry, the chemical weapons, the neo-fascist ties - they add up to something more.

Now, on to more bad news. While Gospic doesn't have a stake in that import-export firm you hit in Brazil, Gutierrez does. And Gutierrez's import-export company does do an awful lot of business with firms that are owned by Mr. Nikola Gospic. In particular, there's some connection with the meat-packing firm in Pilar. We know all of this because of one of the phone calls we listened in on at Gutierrez's place. Gospic called Gutierrez to discuss their plans for that business - plans that included using the VX chemical agents you confiscated in Brazil.

Your mission is to secure the meat packing facility and prevent the dispersal of the chemical agent. The only thing worse than terrorists are chemical terrorists. These guys should be easy to spot in their chemical suits and will probably be the ones to initiate the chemical bombs. Stay alert. This stuff is bad and nothing can protect you if you fail.

PILAR, ARGENTINA (United News International) - Tragedy once again struck the city of Pilar, Argentina, as government troops were called in to deal with a terrorist threat to spike meat from one of the city's largest processing plants with poison. "The terrorists were unsuccessful in their efforts, and there should be no risk to the general public," read a terse statement issued by Argentina's Minister of Health, though a spokesman later clarified that the plant would be closed "for the foreseeable future", while teams of scientists made sure there was no enduring contamination.

A government source who spoke on condition of anonymity confirmed that there was "a chemical hazard" on site, but reiterated that steps being taken by the decontamination team were "purely a precaution", as there was no danger to the general public. 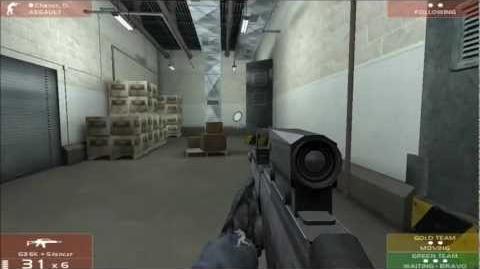