John Clark - Intel says that the GLF has acquired Legion. This bio-weapon is like nothing we've ever gone up against. Legion is a genetically engineered Viral Hemorrhagic Fever. Most VHF's have an incubation period of several days or weeks. But Legion takes effect immediately, and symptoms can manifest themselves in a matter of minutes.

Legion causes uncontrollable internal and external bleeding. It has a mortality rate of 100%. The disease can be transmitted via contact with bodily fluids, aerosol dispersal, and contaminated objects, such as needles. There is no known vaccine or treatment for this virus.

Legion was developed as a weapon for deployment in civilian populations. It spreads fast, but burns itself out in less than an hour, so the deaths all take place in a very small area. The samples that were stolen were prototypes, and there's no way to know how far along the GLF have gotten. We have to assume the weapon is viable as of right now.

But that's not all they're up to. Another cell of the GLF attacked the parliament building in Edinburgh, Scotland. They took several hostages, mostly politicians attending a conference on british counter-terrorism. The terrorists have planted a bomb, and they say they're going to execute hostages every hour, on the hour, until their demands are met.

One of the hostages is Fiona Cathcart, Alistair Stanley's niece. She's an analyst with MI5, and she's like a daughter to Stanley. Get her home save. Intel believes that the hostages are being held in the debating chamber. Infiltrate the building, reach the monitoring room and use surveillance system to find the bomb. Disarm it, then free the hostages.

Ding, you'll go it alone while McAllen will be on standby in a service staircase. As soon as the security is disabled he will be able to join you at your location. McAllen, try not to be such a damn comedian, just disarm the bomb. Stanley will be your on-site coordinator. Rainbow Six out.

Rainbow infiltrate's the Parliament
Add a photo to this gallery 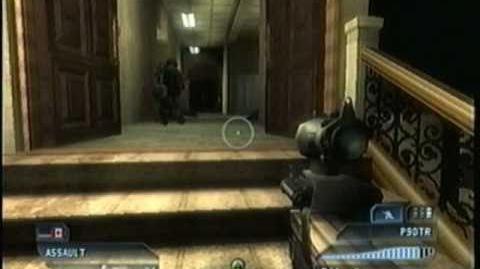 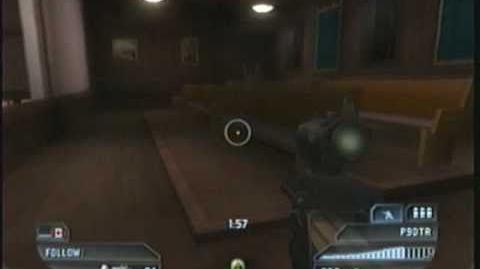 2-2
Part 2
Add a photo to this gallery
Retrieved from "https://rainbowsix.fandom.com/wiki/Operation_Dragon_Hammer?oldid=60877"
Community content is available under CC-BY-SA unless otherwise noted.