The multiplayer version of the level is HS Train Station.

Terrorists have seized a Dutch High Speed Train (HST), taking its passengers as hostages. The train is currently halted in a small station near the German border, and the local authorities are trying to negotiate with the hostage-takers, who have refused all attempts so far. Your mission is free the hostages and escort them to safety.

John Clark - Our copycat is at it again. He's not as smart as he thinks he is, though. We were monitoring his communications, so we already had the team in place when they made their demand for Rainbow. We can be sure they weren't expecting us to respond so quickly, and we'll use this to our advantage. We have already pinned them by cutting power to the rail line.

As I noted previously, the terrorists are demanding that Rainbow and only Rainbow be dispatched to the scene. Fortunately, this demand was made only through channels, which is a win for us. The world at large simply knows about their ransom demands. The Dutch government has therefore requested us, and it behooves us to move quickly before the terrorists decide to share the news of Rainbow's existence with a wider audience.

Just to make sure we know they're serious, they've already shot the engineer. No one else has been hurt so far, but the clock is ticking.

They have people stationed inside the station, as well as in and around the train. Getting on board without being noticed is going to be difficult, but there's no other way to do this. If they find out you're there, they won't hesitate to execute hostages and we're going to have a lot of explaining to do.

Kevin Sweeney - Let me reiterate this: These guys are extremely professional. They clean up after themselves, they don't leave clues, and we don't have a handle on why the Copycat is having them re-create all of these incidents for him. It can't be for the money. With the firepower and expertise they've got, they could have picked easier ways to cash in. What we do know is that Copycat's people are pros, they're experienced, and they're good. If I had to hazard a guess, I'd say they're mercenaries hired to play terrorist. I can't think of another scenario that makes sense.

The train is stopped at the station, surrounded by terrorists either standing guard or working to restore power to the train. The hostages are being kept on the top floor of both two-story wagons. Your first priority is to clear the way so you can easily extract the hostages. Once it is done, get the hostages out. Your teams will be inserted as follows: two at the front of the station, with two more at the rear of the train.

HALFWEG, HOLLAND (United News International) - A potentially deadly situation was averted today in southeastern Holland today, as commando forces stormed a hijacked passenger train and freed the hostages on board. International leaders praised the Dutch government's quick response and decisive response to the situation. Terrorists had seized the train Thursday as it sped between the cities of Arnhem and Zevenaar, and issued a lengthy list of demands. "Our government is not in the habit of negotiating with terrorists," read a terse statement issued by Dutch government spokesman Hans Andersen. "We are simply thankful that our soldiers had the training and skill to end this situation with minimal destruction and loss of life." 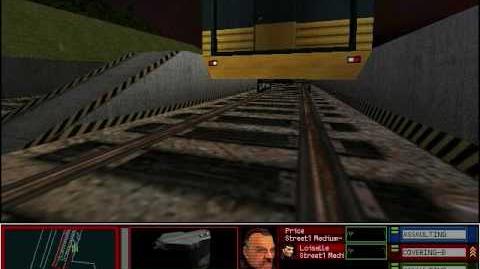