Operation Hero Claw is the sixteenth mission in Tom Clancy's Rainbow Six: Rogue Spear. The multiplayer version of the level is Train Yard.

Information provided by Barsukov has revealed that Kutkin is planning to personally deliver the two remaining nuclear devices to Vezirzade's men in a train yard in Moscow. Your mission is to raid the site and prevent the exchange from taking place.

John Clark - We don't have much time. The bombs will be transported in two suitcases. You'll need to take out the couriers quickly. If Kutkin is tipped off to what's going on he may detonate the devices on the spot. You can imagine what the Russian military response will be in Moscow suddenly vanished under a mushroom cloud. We could be talking World War III here...

Susan Holt - You guys don't fool around. The way you got us out of Kutkin's spa... just amazing...

I think Kutkin is cracking up. On some level he's got to know his days are numbered. That makes him all the more dangerous. There's no telling what he will do.

Lukyan Barsukov - There is an expression... how do you say..."No honor among thieves." That may be true. But Maxim is...was...family. If there is no honor in family, then... there is no honor anywhere. Russia has become just like America. Today it is the money that matters - not honor, not family. Only the money.

If either side gets wind that something's up they'll make a run for it. Be sure to guard all the escape routes and be prepared to take out any individuals or vehicles that try to leave the area - that's the only way we can be completely sure we've got the bombs. 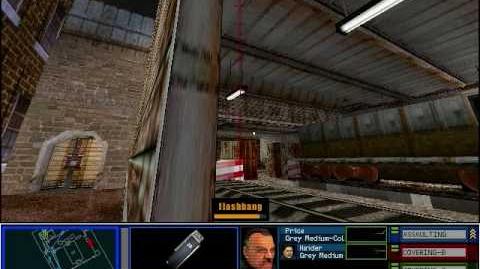