Edit
watch 04:03
Wiki Targeted (Games)
Do you like this video?
Play Sound
For the remake of the mission, see Operation Infinite Seven (Critical Hour).

Operation Infinite Seven is the fourth mission in the Urban Operations expansion of Tom Clancy's Rainbow Six: Rogue Spear. The multiplayer version of the level is Warehouse District.

Marxist revolutionaries have raided an international economic summit in Mexico City. After being driven back by police, the terrorists have retreated to their headquarters in a warehouse district near downtown. Your mission is to flush the terrorists out and neutralize them.

John Clark - The group calls itself the Popular National Liberation Army. They've been making trouble in the countryside for years, but the local authorities didn't think they had the resources to mount an urban attack. "Force F" -- Mexico's own CT squad -- is handling mop-up operations at the summit, so we've been tapped to run the assault. Watch your sixes in there; it's a real hamster run.

Kevin Sweeney - The EPLN is your standard homegrown Marxist revolution. Their arms are rather vague, but their main agenda item seems to be land reform for the indigenous Indian population in the southeast. Over the last five years they've killed thirteen Mexican security officers in a number of small skirmishes, but this is the first time they've struck at a major international target.

There are no hostages this time, just retreating terrorists. They are heavily fortified and expecting your assault. Silenced weapons should help retain some element of surprise, but for the most part be ready for an ambush at any time. Also, the leaders may be maintaining radio contact with the perimeter guards so be quick with your assault. Any hesitation could mean trouble further in. 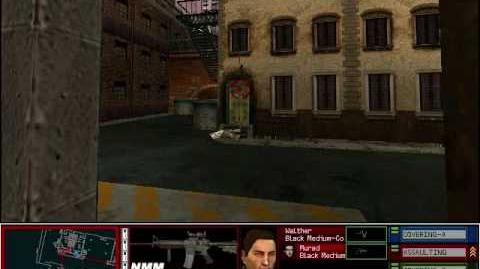