The multiplayer version of the level is Hotel & Crashed Bus.

Chinese gangsters have attacked the hotel where Hong Kong's Chief Executive was dining with a delegation of prominent foreign business leaders. Your mission is to rescue the kidnapped dignitaries with minimum loss of life.

John Clark - Given the extreme high profile of the hostages, Beijing has asked us to work with HKPD to resolve the situation. Their Special Duties Unit has established a basic perimeter, but we'll be the one making the hit. We'll have to move quick. The intel we're getting suggests that the gunmen are prepped to move the hostages out of the building. We need to take them out now.

Kevin Sweeney - During the British occupation there were always rumors that the mainland was pumping money into the local criminal underground. Now that the People's Republic is running the show they're cracking down on their former allies. The Hong Kong Police have arrested several prominent Triad members over the Last few months. This attack against the Chief Executive is clearly a desperation move by the remaining bosses.

Good thing RAINBOW was in town consulting with the SDU about the upcoming Asia Pacific Economic Conference. This situation is right up our alley and HKPD needs our help. However, on such short notice, there has been no time to establish heartbeat surveillance, so we're not sure where the people are inside. Intel says the most likely location for the hostages is somewhere in the restaurant or kitchen with easy access to the escape vehicle in the basement. Your mission is to get those hostages out of there before the terrorists can make a run for it. 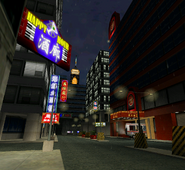 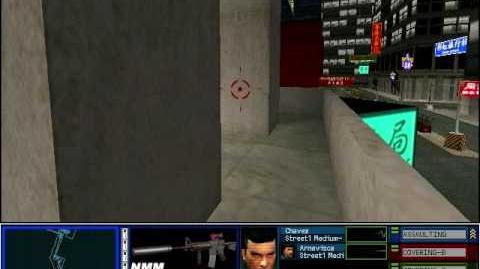