Start a Wiki
watch 02:21
The Loop (Games)
Do you like this video?
For the remake of the mission, see Operation Lone Fox (Shadow Vanguard).

Horizon computer files reveal that the Phoenix Group has targeted the closing ceremonies of the Sydney games for the virus release. The security provided for the games by Global Security has been compromised at the highest level. Your mission is to intercept a GS motorcade in Australia and bring Will Hendrickson, their head of operations, in for interrogation.

John Clark - We've got to move carefully. We don't know what triggers the release or exactly who in GS has been compromised. If they catch even a whiff that we're on to them, they may release the virus prematurely. If that happens, we'll quarantine, but I don't consider the entire city of Sydney to be acceptable losses.

Think hard about who you want in Australia. I have a feeling we'll also need a team in Brazil to deal with Anne and the Horizon crowd and there won't be time to fly people back and forth.

Catherine Winston - The closing ceremonies ... it's brilliant and monstrous at the same time. An entire stadium full of people, most of them scheduled to board international flights within twelve hours of exposure. By the time the first symptoms manifest themselves a week later, Brahma will have spread to every corner of the planet.

The Phoenix group is planning to release the Brahma pathogen at the closing ceremonies of the Sydney games. Bill Hendrickson, Global Security's head of operations, has been implicated in the plot. He must be taken into custody.

RAINBOW responsibilities in Brazil will require a second team to be dispatched before this team has completed its operation. Be advised that any team members sent on this mission may be unavailable for other missions in the near future and plan accordingly.

SYDNEY, AUSTRALIA (United News International) - The first summer games of the 21st century began Friday morning as over 11,000 athletes from 201 countries gathered in the Sydney stadium foe the traditional torch-lighting ceremonies. The final leg of the torch relay was run by Stephen Rawlings, the Australian sprinter whose battle with bone cancer cost him his left leg and a possible shot at gold at the 1992 Barcelona games. Over 100,000 spectators roared in approval as the flame took light, signifying the start of two weeks of international competition The stadium was filled with music and spectacle reflecting the host country's varied history, with the sounds of aboriginal didgeridoos mingling with bagpipes and rock and roll Jet from the Australian Air Force roared overhead as fireworks exploded high above the city Security was tight as 40,000 personnel from the Sydney police and private security firms sought to prevent a repeat of the violence that marred the Atlanta games four years ago.

Global Security Member
Add a photo to this gallery 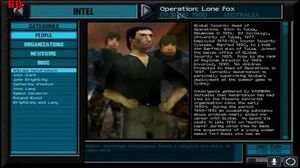