The multiplayer version of the map is called Ruined City.

A helicopter containing NATO officials has been shot down over the city of Djakovica in Kosovo. The officials have been taken hostage by Serbian army irregulars. Your mission is to enter the contested area of the city and safely extract the hostages.

John Clark - The chopper was on its way back to the U.S.S. Nimitz from the peace talks at Pristina. Half of dozen people were on board, including some very senior policy people. We've been brought in because NATO wants to keep this operation totally "black". Apparently the Serbs want the treaty bad enough that they're willing to look the other way while we take out the bad guys - they just don't want to hear us gloat about in the next day.

The NATO hostages are being held in the back of an abandoned church a few blocks from the insertion zone. Try to avoid the major streets - they're crawling with patrols. Be careful around tall buildings as well - they're ideal locations for snipers. The heavy rain will make hearing and seeing your enemy just that much more difficult, so don't let down your guard even for an instant.

PRISTINA, KOSOVO (United News International) - Jubilant NATO officials announced a sweeping peace treaty between Serbia and Kosovo today. Both armies appear ready to stand down from more than a decade of bloodshed over the civil rights of the Kosovars. NATO's official press release about the event claims that it "heralds the possibility of real peace in the world, regardless of past hatreds."

The treaty was delayed more than two days due to a vehicular mishap. A NATO helicopter carrying senior NATO officials suffered mechanical difficulties, and had to set down near the Kosovar city of Djakovica, stranding the crew and passengers. "It could have been a bad situation," commented one of the officials, "but luckily, NATO was able to call in some expert mechanics who quickly resolved the problem."

Following the withdrawal of the last NATO troops in late 2000, the situation in the Yugoslav province of Kosovo rapidly worsened. Breakaway elements of the Serbian army have occupied much of the southern part of the province, where they clash repeatedly with the reformed Kosovo Liberation Army (KLA). Elements in Russia are believed to be quietly supporting the Serb fighters, while various Islamic groups are funneling arms and funds to the KLA.

With many cities reduces to rubble and both sides exhausted by the continual fighting, recent leadership changes in Serbia may have made the climate amenable to a more lasting peace. High hopes are placed upon the secret peace talks currently going on the Kosovo capital of Pristina. 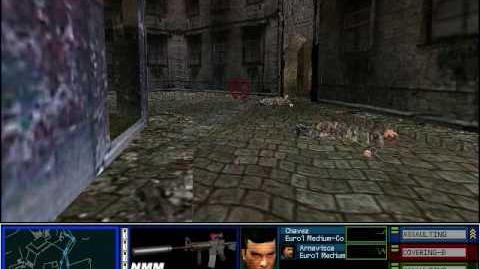