Several terrorists managed to escape Lamoura with hostages before your arrival. At the mouth of a tunnel on the N90 highway, the lead car skidded into the tunnel wall, producing a multiple car pile-up. The surviving terrorists have retreated into the tunnel with their hostages, using the wrecked cars for cover. Your mission is to the rescue the remaining IMF delegates.

John Clark - It looks like the Swiss didn't bottle up these terrorists in Lamoura as well as they claimed. A handful managed to sneak out with hostages, while the local authorities were still sealing the perimeter. Near as we can tell, they had vehicles waiting downslope for their getaway. Those who slipped out headed for the French border, but got mixed up in the storm and took the wrong turn on highway N90.

That's the good news. The bad is that they wiped out about fifty clicks from Lamoura. The ones who can still walk have fallen back into a tunnel, taking their hostages with them. They're using the wrecked cars as a barricade and firing at Swiss police as we speak. The other end of the tunnel is blocked off, so we're going to have to go in the front door.

Kevin Sweeney - Bad luck on this one. The tunnel the terrorists have holed up in isn't just a cheese bore through a pile of rock. Instead, the whole thing's connected to an old bunker system that someone carved out back in the 1930's. It's a rat maze, and these rats have sharp teeth.

We have confirmation from several of the rescued hostages that our terrorists went for the bank first, and that once inside they looked for old bank records before they went rummaging for cash. Hopefully, you'll be able to bring someone in who can shed light on this mess, because right now both intel and I are stumped.

Your mission is to rescue the remaining IMF delegates. The hostages are being held in the older section of the access tunnels and are under heavy guard. You can access this section of tunnels by using the manhole located a little further up the mountain, by using the maintenance stairway, or simply going straight down the highway. Be advised that the tangos are expecting you, so stay alert.

SWITZERLAND (United News International) - After a bitter firefight, Swiss police have apprehended the last of the terrorists involved in this morning's shoot-out in the skiing village of Lamoura. The terrorists were apparently attempting to flee the country with several hostages when, according to witnesses, their lead vehicle skidded on some ice and struck the wall of a mountain tunnel. In the resulting pile-up, two of the terrorists were killed and another wounded, while the rest escaped on foot into the tunnel with their remaining hostages. Authorities then rushed to the scene, and either took into custody or killed all the terrorists. Most of the hostage-takers elected to fight rather than surrender, and police believe that more than a half-dozen were killed in the affair. An exact count is still pending, ass medical personnel work to remove bodies from the tunnel in the wake of the shooting.

"We are especially proud and pleased that none of the hostages were injured," said police spokesperson Ariel Zweidler, "and for that we have the fast action and superb training of our police forces to thank." 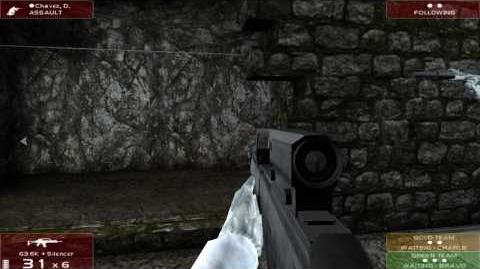