Operation Proud Flag is the fifth mission in Rainbow Six 3: Athena Sword. The custom mission version of the level is Old City.

The arms dealer responsible for the stockpile in Palermo has been abducted in Dubrovnik, Croatia. It is imperative that he be rescued immediately. Your mission is to rescue him from his captors at any cost.

John Clark - There's good news and bad news this time out, people. The good news is that there's only one hostage we need to rescue, and that Intel's been able to give us a good idea of where he's being kept. The bad news is that "a good idea" is all we've got. We've still got several square blocks of the old city of Dubrovnik, Croatia to search, and there's a good chance that the terrorists are going to eliminate their hostage as soon as they get the information out of him that they want. I don't know how much time that gives us, but it's not a lot. Besides, we can't take the risk that they'd kill him before we get to him.

This place was built as a fortress, and you know what that means: narrow, winding streets, lots of interconnected building interiors, and windows custom-made for sniping. Hug the walls and get inside as quickly as possible. Once you're in, stay in as much as you can, and keep moving.

I know every life we go after is valuable, but this man has information that could be the key to blowing this thing wide open.

We need him, people, and we need him in one piece. Good luck.

Kevin Sweeney - We have Miccini, and that's a start. He's cut a deal with the Sicilian authorities, and part of it is that we're getting everything he knows. Right now he's claiming that his only contact with the neo-fascist group was an agent in Dubrovnik, Croatia, who was going to take the chemical weapons off his hands and sell them on Cyprus. He swears up and down he doesn't know anything about Gutierrez, neo-Fascists or anything else of interests to us, and since right now he's terrified enough to turn over his own mother if we ask, I'm inclined to believe him.

That brings us to Dubrovnik. As soon as Miccini gave him up, we started leaning on the agent in Dubrovnik. He was willing to come in out of the cold, but before we could arrange a pickup, he got made by his former business associates. There's evidence that he's still alive, but that could change at any moment. We need to bring him in to find out who was buying those weapons and what they were intended for.

Your mission is to rescue an arms dealer who has agreed to give testimony about the warehouse in Palermo. He is being held captive in the old city of Dubrovnik, Croatia, and may be executed at any moment.

DUBROVNIK, CROATIA (United News International) - Residents of the port city of Dubrovnik were awakened this morning by sounds of gunfire, a sad reminder of days gone past in this war-scarred city. However, this time the fighting was brief and contained.

Operatives from the SZUP, the Service for the Protection of the Constitutional Order, responded to the kidnapping of an Italian businessman with swift and decisive action. The businessman, Giovanni Bagattini of Sicily, is an import-export specialist. He was kidnapped from his home three days ago. Police were able to track his kidnappers to an apartment near the Fortress of St. Ivan, and earlier today the SZUP operatives were able to effect a rescue.

According to a police spokesman, Mr. Bagattini is being held at a safe location until such time as it is determined he is in no further danger. 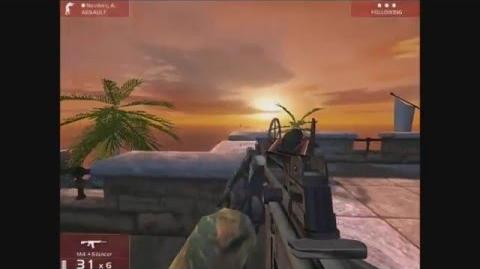