While uncovering incriminating evidence of the Horizon Corporation's plot to unleash the Ebola Brahma virus upon the entire world, Catherine Winston is kidnapped and held hostage aboard a The Orca's Smile ship near the coast of Southampton, United Kingdom by Phoenix Group terrorists. A bomb is also inside the ship. RAINBOW's objective is to rescue Winston and prevent the detonation of the bomb.

John Clark - We've been betrayed again. There's no other way Phoenix could have known that Catherine was working for us. Fortunately, they botched the operation - they killed a passing patrol officer when they made their getaway. Scotland Yard trailed them to Southampton, but given our knowledge of Phoenix we've been tapped for the actual takedown. It's imperative that you bring Catherine back alive. Before her disappearance she was on the verge of cracking this whole thing wide open.

The inside of the ship has many rooms with a variety of open and closable doorways adjacent to the halls, which will require very careful infiltration. There is also a bomb inside the hull of the ship that will detonate upon entering the room, whether you manage to kill the leader guarding the bomb or not. It is also important to note that there is a terrorist in the room where Winston is being held hostage that can pick off operatives as they finish climbing down the ladder to the room's catwalks.

Dr. Winston is being held in the room on the lowest floor of the map, which is only accessible by ladder. This can give the terrorist holding Winston captive a slight and temporary advantage over the operatives, who must move quickly down the ladder to avoid potential gunfire. Also the bomb inside the hull of the ship cannot be diffused, as it will explode when an operative enters the hull, regardless of whether the leader guarding the bomb is neutralized. The mission is a failure if the bomb explosion is triggered or if Catherine Winston and/or all of the RAINBOW operatives are killed. Ironically, the final screenshot background of the ship exploding in night vision is displayed upon mission successes as well as failures, even if the bomb did not actually explode during the mission.

Along with the aforementioned ladder terrorist, there are several Phoenix Group tangos inside the ship that can pick operatives off around the corner if caution is not exercised. They are armed with a variety of long-ranged rifles, perfect for gunfights across long halls.

SOUTHAMPTON, ENGLAND (United News International) - A massive explosion rocked Southampton today when members of the Phoenix terrorist organization detonated a series of bombs on board a freighter anchored in the harbor. The blast occurred as police mounted a raid on the ship following the murder of a police officer during a kidnapping in London Monday evening. Police have yet to determine the number of people on board The Orca's Smile at the time of the explosion but a spokesman for the government said that there are believed to be no survivors. Known to have been killed in the blast was Catherine Winston, 35, the target of the kidnapping. Winston, an American citizen, was in London on business for her employer, Horizon Corporation. Authorities believe Phoenix targeted her because of Horizon's public stand on economic development of the rainforest. 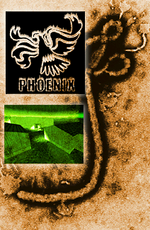 Research conducted by Dr. Catherine Winston for RAINBOW has confirmed that the viral samples recovered from the Phoenix compound in Idaho are a genetically modified version of the Ebola Brahma virus. The only known samples of the Brahma pathogen are held by the Horizon Corporation, Dr. Winston's employer, suggesting that Horizon's internal safeguards have been compromised, possibly by Phoenix sympathizers.

Evidence also indicates that Anne Lang, the U.S. Presidential Science Advisor, leaked this information to the Phoenix Group, resulting in Dr. Winston's kidnapping. Pending further investigation it must be assumed that Ms. Lang is part of a conspiracy to expose the General population to the Brahma pathogen. 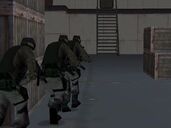 Phoenix Member
Add a photo to this gallery 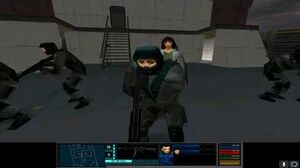