Operation Red Lighting is the fourth mission in the Eagle Watch expansion of Tom Clancy's Rainbow Six. Its multiplayer counterpart is Forbidden City.

Chinese Kang revolutionaries have kidnapped international tourists at the Forbidden City in the heart of Beijing. The Chinese government has already mounted one failed rescue attempt and in an uncharacteristic move has asked for RAINBOW to intervene. Your orders are to release the hostages and eliminate all resistance.

John Clark - This is the biggest opening we've had since Tiananmen. China wouldn't be asking for help unless they were ready to make a serious attempt at improving diplomatic relations with the West. How we perform in getting these people out will affect the Asian political balance for years to come.

Curtis Luke - It's hard not to sympathize with the Kang revolutionaries. Ultimately they have the same agenda that the West does: a freer and more open China. They just have a very different idea of how to bring it about. Strangely enough, the Kangs may win in the end. The Chinese government is tired of being a pariah state and is obviously signaling that it's ready for a change. A clear show of international cooperation could set the stage for a new era of human rights advances.

Kang revolutionaries have captured tourists visiting the fabled Forbidden City. They have divided the hostages into three groups and are holding them in separate buildings. Find the hostages and and meet at the center court for transport out.

BEIJING, CHINA (United News International) - Chinese officials are reporting that the terrorists who had taken tourists hostage in the Forbidden City have been killed in a late-night assault on the historic site. The group, who had listed among their demands greater autonomy for China's Xinjiang Province, had stormed the building earlier in the day. During an early clash with government soldiers two of the eight hostages were killed and the government troops were forced to withdraw. Experts anticipated a prolonged siege, but the standoff was quickly ended when an unknown hostage rescue team moved in and regained control of the building. Observers reported that the team seemed to be equipped with European or American gear and weapons and may have been brought in from a western country at the request of the Chinese government.

"We thought that the hostages would be killed for sure," said Wu Chen, Beijing's police commander, "but the situation improved greatly by evening. The combined effort of our departmental divisions was the difference." Further arrests are expected. 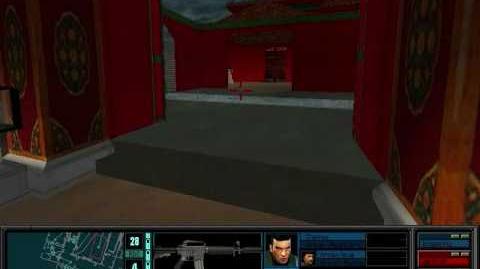