Rescue all hostages
Prevent the release of
the toxin

The multiplayer version of the map is called Desal Plant.

Gunmen have seized a seawater treatment plant in Oman and are threatening to release a neutral toxin into the local water supply if their demands are not met. Plant workers have also been taken hostage. Your mission is to liberate the plant and halt the release of the toxin.

John Clark - The situation in Omar doesn't add up. The people holding the plant are novices - ex-students and small-time agitators - but they're very well-armed, and they've managed to get hold of a canister of Kurov-DK, an old Soviet nerve agent. It's very nasty stuff - not the sort of thing you'd expect from a group of amateurs like this. Just like with the Islamic Vanguard assault on the Met, it feels like someone bigger has put them up to it.

Dr. Holt is with the Strategic Studies Institute. They're working with our intelligence people to see if they can track down who's pulling the strings.

Susan Holt - You can't just buy Soviet nerve gas on the black market - whoever's behind this has connections in both the Russian military and the Islamic terror underground. We're probably talking either an ex-KGB agent or a crime boss from one of the southern republics. Or both. These days in Russia there's so much overlap between the government  and the Mafia it's hard to tell which is which.

The hostages are being held in a different building from the nerve gas - both locations are marked on your map. If the terrorists realize you're in the area they'll release the toxin early so stealth is essential. Do not attempt to disarm the gas canister yourself - leave that to the mop-up team.

MUSCAT, SULTANATE OF OMAN (United News International) - An elite counterterrorist force successfully ended a standoff at a critical desalination plant late last night. Terrorists captured the plant, a new facility critical to the economic stability of the region, and threatened to poison the local water supply unless their demands were met.

The terrorists, however, chose a poor target. Oman armed forces include one of the world's leading counterterrorist teams, the Cobras. The Cobras routinely train with other leading organizations, including Britain's SAS. According to Oman sources, the Cobras were able to resolve the situation quickly, with minimal loss of life.

Unofficial sources hint that the situation was much worse than Oman officials claimed, with some rumors indicating that the toxin was a bioagent such as anthrax, or a deadly nerve agent. Given that the desalination plant was a significant portion of Omar's water supply, an incident involving a major toxin would have devastated the country and likely spread across several borders before contained.

As the Russian economy makes the painful transition from state socialism to free enterprise, thousands of combat-trained soldiers, guards, and athletes have found themselves out of work, with no prospects for the future. These people quickly coalesced into organized crime groups. This Russian Mafia completely permeates Russian society; it is more of a factor in the daily lives of Russians than their government. Virtually every business either pays protection to a Mafia group, or is part of a Mafia group.

In the decade since the rise of these groups, the situation has come to a hostile stability. Powerful figures, such as Vitaly Nemov and Lukyan Barsukov, as as "Godfathers", with a handful of chiefs reporting to them, and dozens of smaller lieutenants reporting to the chiefs. These groups are not in a state of consultant hostility, but on occasion, a violent 'correction' will occur, and a subgroup may suddenly rise in power or be wiped out. 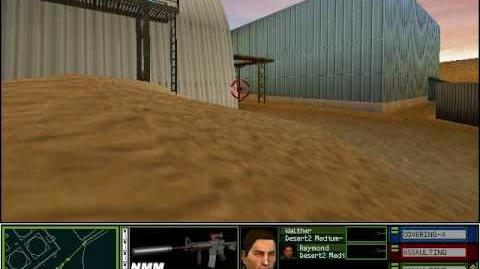