The custom mission name of the map is Kliment Ohridski University.

Armed men entered the St. Kliment Ohridski University in downtown Sofia City, Bulgaria and have taken hostages in the campus. They've barricaded themselves in and until their demands are met, they will start executing hostages in an hour. Rainbow needs to neutralize these terrorists and rescue these hostages before this happens.

Terrorists have taken refuge from Bulgarian police in the Evtimov University complex (St. Kliment Ohridski University), in downtown Sofia. They have barricaded the central building of the complex and taken hostages. Unless their demands are met, they will begin executing the hostages in one hour. Your objectives are to neutralize the terrorists and rescue the hostages.

John Clark - What we're looking at here is cleaning up someone else's mistake. The local authorities did a good job sniffing out where these characters were hiding, but they didn't pull the string when they had the chance. The pickup operation went poorly and some of the tangos escaped, and that's what we're dealing with now. The escapees ducked into the local university, apparently on the theory that had good cover and plenty of hostages available, and we get to dig them out.

The reports we've gotten from the Bulgarian police paint this as a mixed bag. The hostage-takers are described as well armed but poorly organized. This operation hasn't been planned or thought out, and that makes them vulnerable. They're not getting out of the university, which means the only worry we have is that one of the gunmen will panic and take out the hostages.

Kevin Sweeney - This one looks to be as routine as anything that lands in front of us. What we're looking at is the tail end of a cleanup operation. We've been disseminating information on the last stragglers from Gospic's little neo-Fascist cartel to various governmental and counter-terrorist organizations, and it looks like the Bulgarian government ran the last batch of them to ground. Once this lot is mopped up, I think we can finally close the book on that whole operation. That's the good news.

The bad news is that the local authorities didn't quite close the deal when it came to rounding them up. A handful escaped and ducked into the local university for cover. It's a good move on their part, really. Lots of hostages, lots of cover, and whoever designed the campus was thinking in terms of holding off a siege when he did so. It's going to be difficult to dig them out of there, especially since the Bulgarian government is raising all sorts of a fuss over potential damage to the historic site.

There's nothing in the police reports to indicate that you're dealing with anything other than the dregs of the neo-Fascist organization here. That means a pot luck of weapons, poor aim, and poor tactics. They've just blundered into a good defensive position, that's all.

Your mission is to liberate the hostages, they are being held in the three different places marked on your map. Terrorists have been alerted to police presence, so be aware that snipers are expecting you and watch out for open areas.

SOFIA CITY, BULGARIA (United News International) - A horrifying scenario was averted today when Bulgarian police successfully ended a hostage situation in downtown Sofia. Students and teachers had been taken hostage earlier in the day by a band of criminals whom police described as "desperate smugglers." The men, all of whom were wanted by police, fled an earlier gun battle with law enforcement officers and took several hostages within the main downtown campus of St. Kliment Ohridski University.

Police entered the university grounds this afternoon, after several hours of negotiation with the hostage-takers broke down. Assaulting the location where the criminals had barricaded themselves in, specially trained police operatives subdued them in a brief, furious engagement. The hostages were all rescued without harm, though several were seen crying as police led them from the building.

"We are of course immensely grateful to the brave men and women of our police forces," said university chancellor Petar Toshev, "for their valiant efforts in safeguarding not only our students and faculty, but also the sanctity of the university environment." 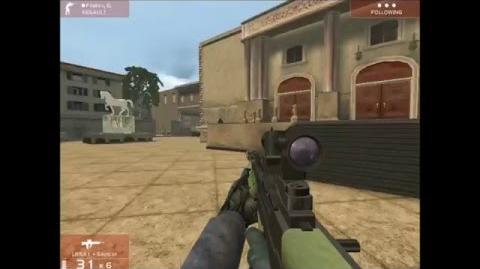