Operation Sentinel Wolf is the fourth mission in Tom Clancy's Rainbow Six 3: Raven Shield. The custom mission version of the level is Shipyard.

Terrorists have seized a shipyard in Bergen, Norway. When authorities were alerted by a premature bomb detonation, the terrorists fell back to the central ship completion area. They have rigged much of the shipyard with explosives. Your mission is to prevent the detonation of further explosives and eliminate all terrorists.

John Clark - Remember the refinery operation in Amuay? Imagine that scenario, only this time you're going up against pros. That's basically what we're dealing with here, ladies and gentlemen, but we actually caught a break on this one. It seems that one of the charges the terrorists were setting on the ship hulls detonated prematurely. It wrecked the hull, but alerted local police forces, and they were smart enough to call in the heavy artillery. Once the Norwegian anti-terrorist units arrived on the scene, our playmates fell back to the main ship finishing facility and started issuing their demands.

There's a lot of long sight lines in the shipyard, and a lot of good sniping points. Advance slowly and carefully or you're going to find yourself chewed up and spit out a hundred yards from your objectives.

Kevin Sweeney - Here's the latest we know on your Swiss adventure, and it isn't much. All that we've got from the bodies is that they were traveling on Argentinian passports. We did manage to bring in one chap who got himself trapped in an overturned car, but he hasn't said anything useful yet. I expect that will change with time. In any case, the Argentine government is promising a full investigation and will grant us access to their findings.

Today you've got oil tankers to deal with. The Bergen shipyard's in the middle of a contract with PDVSA, the Venezuelan national oil company. They're making a fleet of new tankers, and those are the hulls the terrorists are targeting. The ships are insured, but that's not the point; if those hulls are wrecked, it's going to cost PDVSA millions from the delays.

The terrorists' demands are very interesting. They want the release of some paramilitary types convicted of blowing up oil company offices, the American oil facilities in Venezuela nationalized and the usual safe passage and money. Someone's got serious issues with the Venezuelan oil industry, it would seem.

Your mission is to prevent the detonation of further explosives and eliminate all terrorists. The bombs are strategically placed to blow up the ship hull and most of the facility. To prevent their detonation you can either disarm all three bombs or neutralize the terrorist leader. He should be under the ship's hull overseeing the final bomb placement. Getting there, however, will not be easy as he will surely detonate the bombs as soon as he sees you coming.

NORWAY (United News International) - Norwegian security forces brought an end to a crisis at the country's largest shipbuilding facility just outside of Bergen. Police responded to an alarm raised by members of the shipyard's security staff, and found a squad of saboteurs on site. The men, who have not been identified, were apparently planting explosive devices on unfinished ship hulls.

After an exchange of gunfire with police, the intruders were rousted by the arrival of elite anti-terrorist troops from the Norwegian armed forces. Shipyard spokesman Ragna Arnesson expressed his gratitude to the special force unit who liberated both the facility and several employees trapped inside, and noted that there should be no delays in the construction of any vessels as a result of the incident. No group has yet claimed responsibility for the incident, though once trapped the terrorists did make several demands. "We do not negotiate with terrorists," noted government spokeswoman Marit Sternhoff tersely. 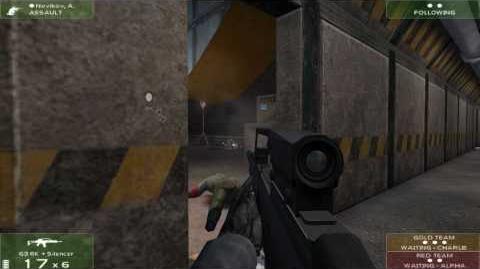