The information obtained from Xander indicates that initial skepticism about him was unnecessary. Indeed, most of the information has already helped confirm several suspicions about the area. RAINBOW will now take him under full protection. Rendezvous at his house and escort him to a save zone.

John Clark - There is evidence to suggest that despite your caution last night the terrorists have learned that Xander has turned informant. We don't have time to wait for nightfall; you must extract Xander immediately. You know the town by now. Get to Xander's house immediately and escort him to safety.

Kevin Sweeney - The tape you recorded last night has proved useful in analyzing Xander's current state of mind. His voice wavers at key moments, suggesting that he is scared or lying. The possibility that he is lying must be taken seriously, but given his experience at being deceitful, I wouldn't expect it to be so easy to spot. My warning still stands. I do not trust this man, and I think you should be wary. 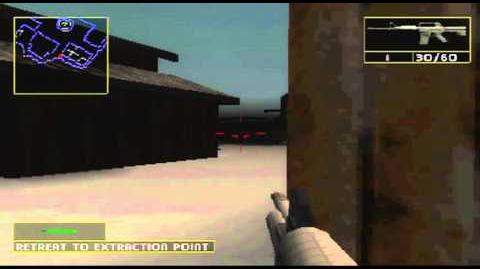